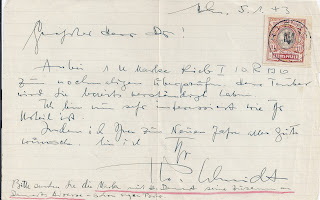 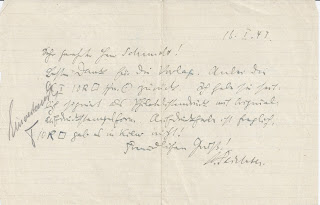 But the forgotten novels and the forgotten collections provided an important context for the work of the major novelists and collectors.

They learnt from them and they provided inspiration for them.

Ukraine trident collecting was a serious area of philatelic activity from 1918 until (say) the 1950s. As late as 1960, the Ukraine - Philatelisten - Verband (U.P.V.)in Germany had 84 members with Oskar Peters and Rudolf Seichter as Honorary members and such "ordinary" members as Gustav Seefeldner, Waldemar Pohl, Julian Maksymczuk, Eugene Kotyk, Cecil Roberts, Simon Tchilingirian, and John Bulat.

Recently, the collection of another UPV member from that period, Philipp Schmidt, re-appeared after maybe thirty years in storage and was sold at auction by Christian Arbeiter in Bamberg. Schmidt was born in 1900, and became an engineer living in Munich.

He was collecting Trident overprints at least as far back as 1943 - see how he writes to Dr Seichter to ask about the Kyiv I overprint in black on the 10 rouble imperforate (Bulat 49a). Dr Seichter replies on the back of the half sheet of paper (this was war-time!).

Collections of the "second rank" like those of Schmidt provide useful information about what was available to someone whose collection would never equal that of Dr Seichter but was nonetheless a serious collector. They also sometimes contain surprises - things which even Dr Seichter might have been pleased to have.

_______________
Postscript 1 October 2012: I discover I have an envelope (without contents) sent from Dr Seichter in Soltau to Philipp Schmidt in Munich postmarked 25 1 37, so I assume Schmidt had already begun collecting Ukraine at this date - and [ added 17 April 2015] Michael Kuhn has now found this cover from Schmidt to Dr Seichter which takes their connection back to 1932 when (interestingly) Schmidt (an engineer) seems to have been working in Soviet Ukraine: 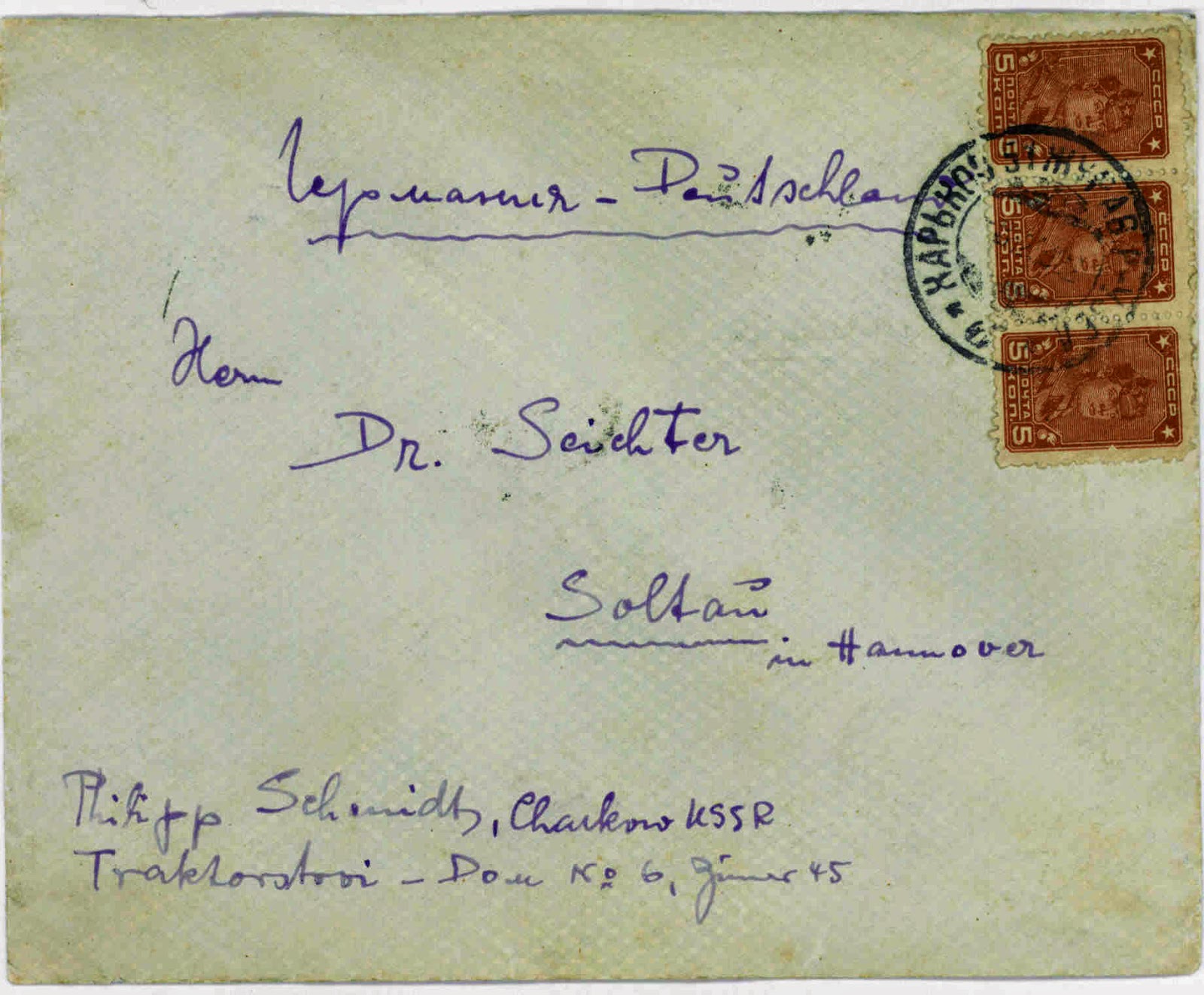 Posted by trevor pateman at 01:37 No comments: 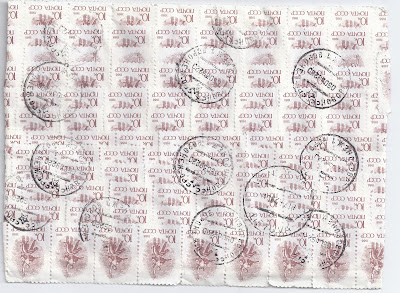 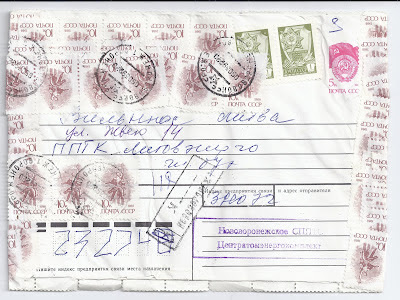 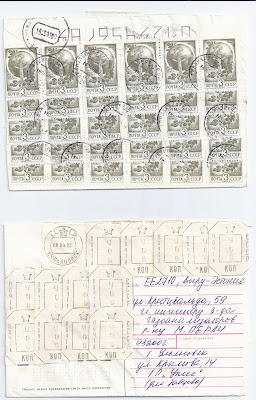 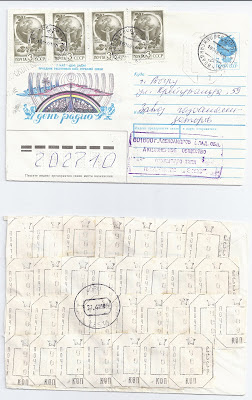 390072 NOVOVORONEZH 05 03 92 to VILNIUS [Lithuania] 10 04 92 franked - as far as I can tell - with 148 x 10 kopeck stamps which are cancelled together with 2 x 1 kopeck stamps which may have been originally applied to uprate the postal stationery envelope and have probably been ignored - or which may have been silently revalued to 10 kopecks to complete what was intended as a 15 rouble franking.
Posted by trevor pateman at 07:00 No comments: 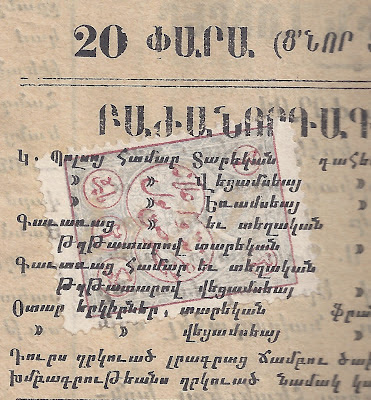 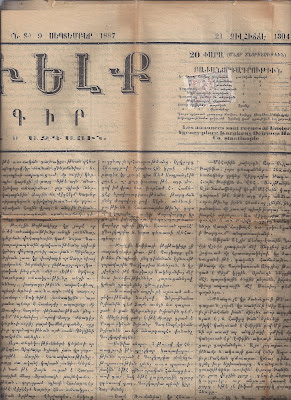 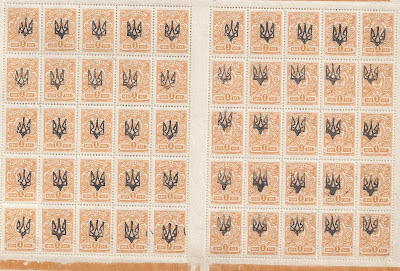 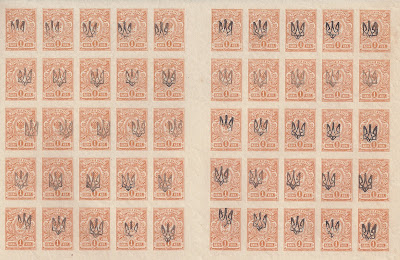 Posted by trevor pateman at 07:15 No comments: