According to my dashboard, this is Blog Number 500, so I will use it to wish my readers a happy end to 2017 and good health and good collecting in 2018.

In 2018, I will continue to offer material at www.filateliapalvelu.com and also in the Spring auction of Heinrich Koehler, Wiesbaden.
Posted by Trevor Pateman at 08:35 2 comments: 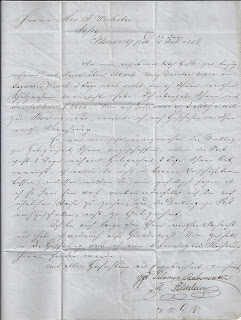 Auctions were traditionally places where dead collectors met living ones. Here is the best story I ever heard about this traditional role:

A widow walks into a stamp shop and says that she wishes to sell her late husband’s collection. She has bought the albums with her and they are examined. Yes, says the dealer, it is good material and I would be happy to buy it. But the widow says. Ah, no, I know it is good material and I want to sell it by auction! And the dealer replies, We also sell collections by auction. If you consign the collection to us, we will send you a catalogue and later your payment. It will take a few months. The widow agrees and in due course she gets a catalogue and later a cheque. But how many catalogues were printed? Well, one for the widow and one for the dealer.

Small provincial auction houses still exist exclusively to take in collections from widows and large auction houses also welcome them, though they also rely now on living collectors and on living dealers who want to sell. The living are more impatient than the dead. It’s obvious that some rare items pass more time going from auction to auction than they do in anybody’s collection. I’ve only been in business twenty-five years but in that period the top Russian rarities seem to have re-appeared twenty five times.

In the world, the internet has vastly changed the auction world. In Europe, the single market and the single currency have also effected large changes. Nowadays, ordinary collectors in Europe are no longer obliged to buy locally and, for example, French and Italian collectors can often buy better and cheaper in Germany than they can at home and many now do. The ease and cheapness of online bank transfers in the Single European Payments Area means that for most collectors, bank add on-costs are now very low.

Local laws do still make some difference. You can’t really run an international auction house in Poland or Russia because of state laws, held over from Soviet times,  limiting the export of objects classed as cultural heritage. In France and Italy, excessive bureaucratic regulation seems to limit the auction market. The UK now suffers from a currency barrier and, as part of its ongoing madness, plans to add back Customs controls on trade with the real Europe.

Curiously, auctions thrive in Switzerland where regulation is tight and the currency different. I think it must have something to do with the presence in Switzerland itself of major collections and also of money looking for investment outlets. There is also a tradition of philatelic expertise, like that you find in Germany. In both countries, auction houses have highly competent members of staff who are AIEP or BPP accredited.

In the past, most auction houses owned nothing they sold and made their money from their commissions. Some big auction houses still follow this tradition. It usually means that starting prices are kept as low as the vendor will permit since the auctioneer makes money only on sales and the more sales the better. Auction days are very expensive things to run – staff costs, viewing facilities, and so on. Auctioneers want to see 75% + selling. When the late Kaj Hellman was alive, he built up a very successful auction in Helsinki simply on the basis of using ridiculously low start prices which attracted everyone’s attention. Sometimes, he would get close to 100% of lots sold.

It is a bit of a problem that some auction houses now own a large part of what they offer for sale. At worst, the catalogue is simply a dealer’s retail price list. From the dealer’s point of view, the prices can only go up. If the dealer takes the same material to a stamp exhibition, prices can only go down because basic collector vocabulary in any language is headed by the word Discount. It’s a no brainer to print a price list and call it an auction catalogue. From my point of view, when I know that an auction house owns much of the material it sells, then it is less interesting. Lots of catalogues I am sent go straight into the waste bin.

Some of the old fashioned auction houses had little philatelic expertise. They took in a collection and broke it up into lots which could be easily carried away directly after the sale. They estimated every box in the same range (maybe 100 - 300) and left it to bidders in the auction room to settle the final price. It still happens and not only here in the UK.

Another story from around the year 2000:

A well-known collector had died and instructed that his big collection go to a major auction house. The house planned to make a major catalogue out of the major collection; they took the sale very seriously. But there was also a side-line collection of Russian Civil War period material which came along with the main consignment. The auction house did not have the expertise or the time to study it seriously and in terms of value it was surely unimportant. So they put it all in one big box and stuck 1000 on it. I viewed it. The quantity of material was enormous and there were nice things in it which I had not seen before. I decided I would bid 8000 which I think is all the money I had at the time. I left the bid with an auction agent who telephoned me after the sale, very pleased: You got it for 2000. I got most of that 2000 back on just one element of the collection. The box contained the unissued 1919 Belarus National Republic stamps of Bulak-Bulakovich in large complete sheets, perforated and imperforate, in very nice condition because they had been rolled into a tube which stuck out of the box.  I had never seen sheets before and I knew collectors who wanted them.

And the rest of that box? Well, today I was preparing for sale some of the very nice Ukraine which it contained in quantity and which reminded me of my purchase nearly twenty years ago. I am afraid I am one of those dealers who sells slower than they buy. I measure my turn around time in years rather than days or ( in the case of at least one dealer I know) minutes.

Posted by Trevor Pateman at 04:19 No comments: