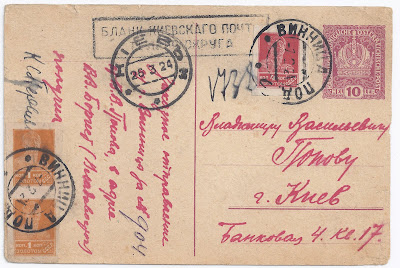 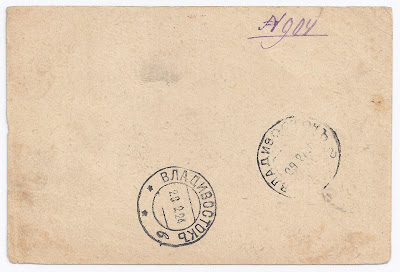 Note added April 2012: This card is now for sale in the April 2012 Corinphila auction, listed under Russia / Soviet Union
Posted by trevor pateman at 03:31