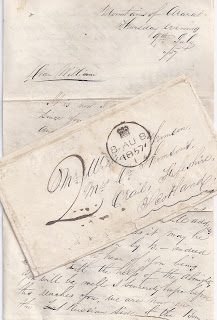 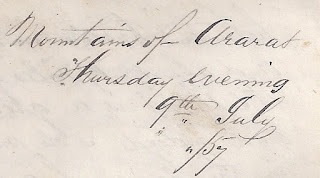 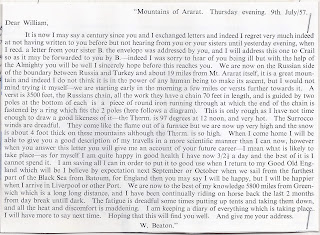 This letter was written in July 1857 "on the Russian side of the boundary between Russia and Turkey and about 19 miles from Mt. Ararat itself". The Crimean War had only recently ended and the writer's presence on the Russian side of the border is no doubt connected to Russia's defeat. The letter was probably taken by courier as far as one of the Ottoman Black Sea ports or maybe as far as Constantinople. Written on the 9th July, it was in London by 8th August 1857. This is the kind of letter which will probably repay intensive Googling!