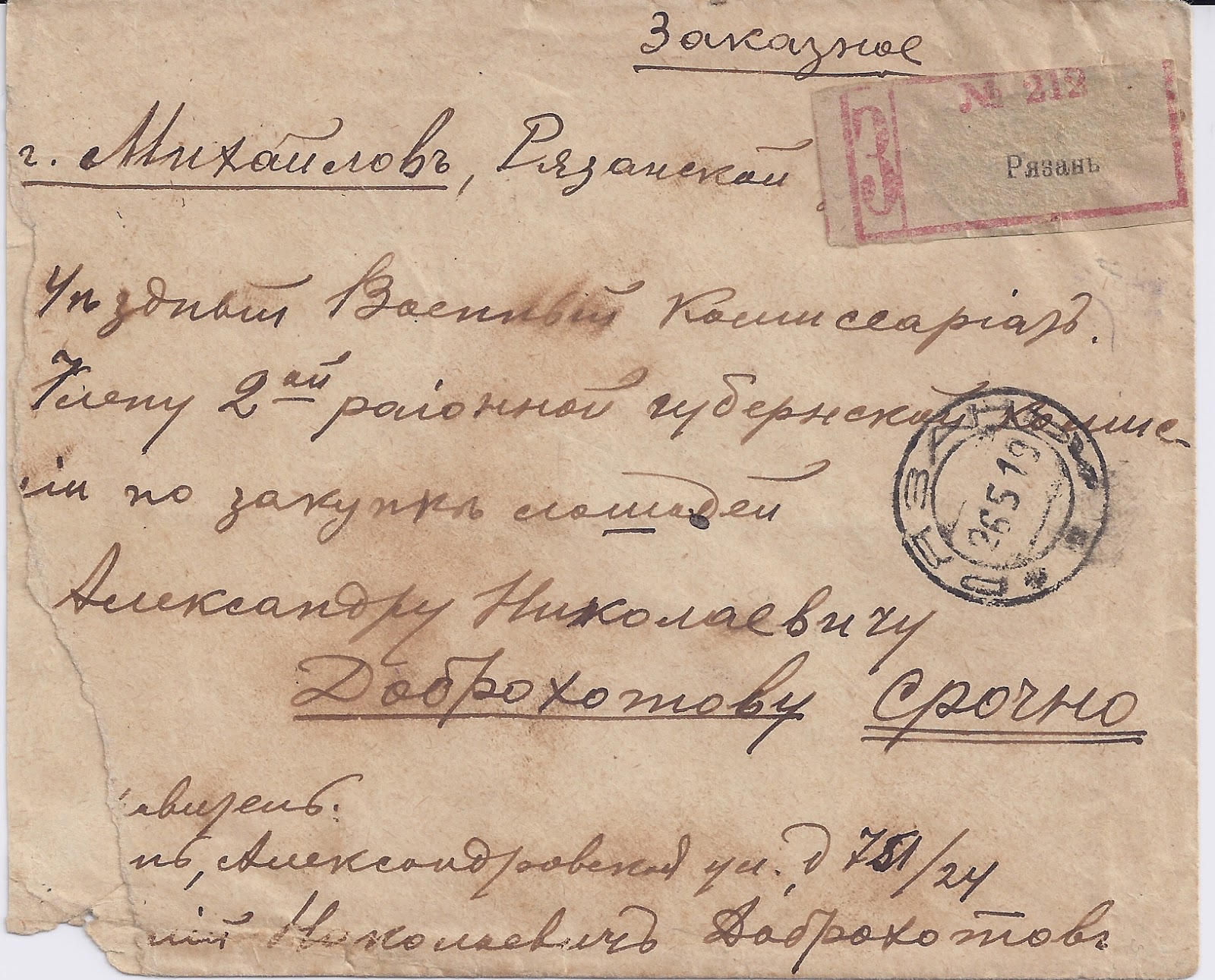 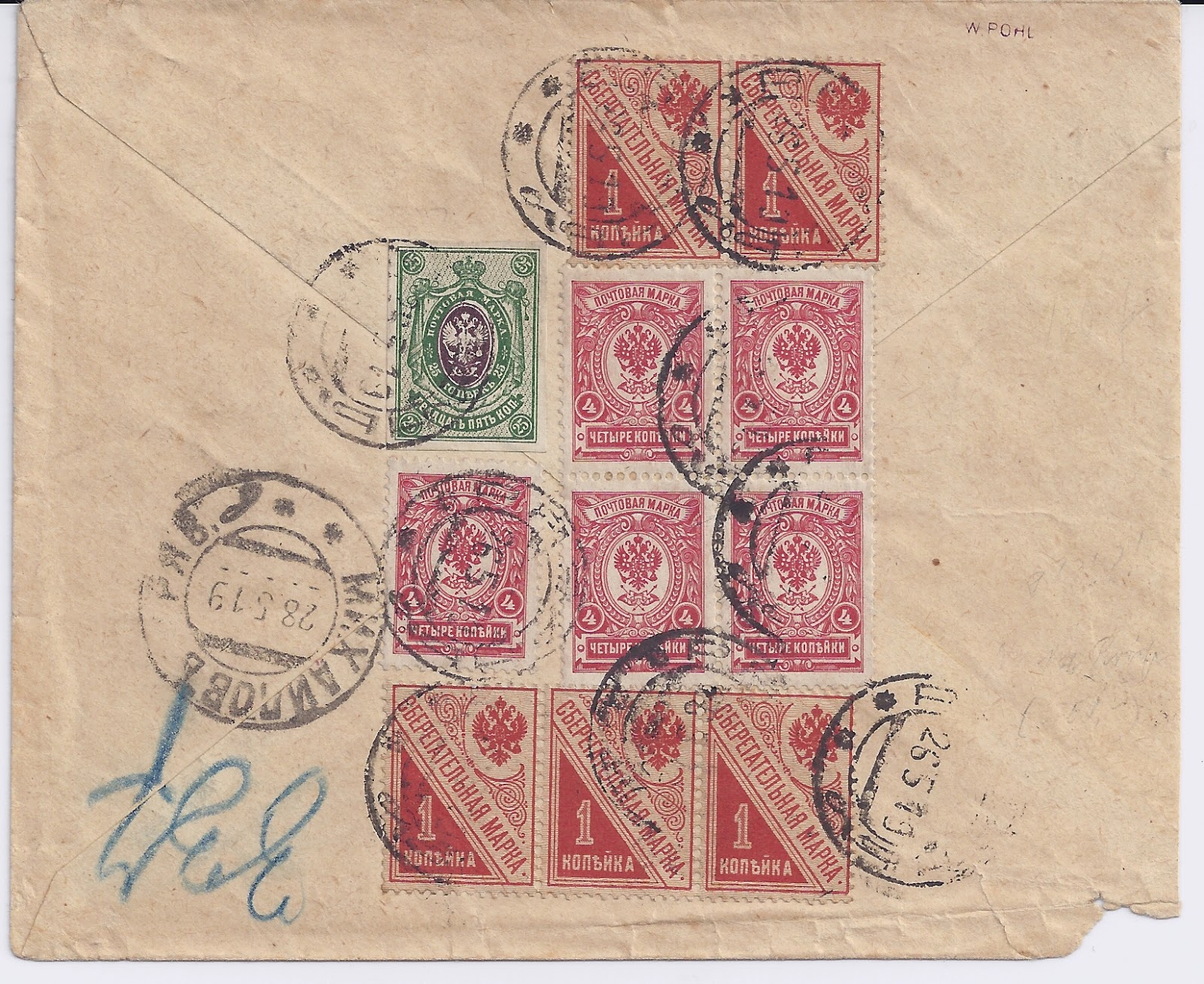 Here is one of those rare things from 1919 Free Post Sovdepia: a franked cover. I bought it in auction at www.filateliapalvelu.com and paid 30% of my Bid - only the back was illustrated and maybe other collectors thought it was just too good to be true (as I did when I first looked at it).

It is correctly franked to 50 kopecks, the rate for Inland Registered letters during the RSFSR Free Post period. But the franking includes 5 Postal Savings Bank stamps - quite scarce on cover - and a 25 kopeck imperforate - a stamp which is genuinely rare on cover, both before and after the 1920 revaluations. So is it too good to be true? Is it philatelic? Note in particular that a 50 kopeck franking could have been provided with just two copies of the 25 kop imperforate. So why the other stamps instead?

Look at the cover more closely. It was sent from RYAZAN on 26 5 19 and addressed to Mikhailov in the same guberniya - and there is a MICHAILOV RYAZ. "b" 28 5 19 receiver cancel on the reverse. It's addressed to someone at a War Commissariat, Alexander Nikolaevich Dobrokhotov. The sender gives an address at the bottom of the letter and it's that of another member of the same family

I think the cover is non-philatelic. Philatelists usually send covers to themselves or to friends. They use street addresses or PO Box numbers, not War Commissariat addresses. They put stamps on the front of the cover (even in 1919). They don't open the cover as roughly as this one - which has been cut down at the left (and could have been sewn into a file - which would explain the cut-down).

My guess is that Ryazan post office was genuinely short of stamps. They had used up the much-used 5 and 10 and 15 kopeck stamps. They had lots of little used 4 kopecks which are "uprated" (as it were) to 5 kopecks by being paired with 1 kopeck Postal Savings bank stamps. To save doing this ten times, an odd 25 kopeck stamp at the counter was used for half the franking.

The result, if I am right, is a dream cover. Readers' comments are welcome ...
Posted by trevor pateman at 07:29