Back on 5 July 2012, I blogged about Kustanai, explaining why its 1920 Postmaster Provisionals are quite common - probably the second most common after the "pyb" revaluations of Kharkiv. Today, I tried to organise my holding of the commonest Kustanai types, 4 and 5. I only have a few of Type 3 and none of Types 1 and 2 (unless I have misclassified them).

It was an interesting exercise. The great majority of my stamps with identifiable cancellations are cancelled with just one large, dirty KUSTANAI type. This is a great help in authenticating the surcharges.

Pink and yellow formular cards were in use at Kustanai in 1920 and on quite a few stamps traces of pink or yellow paper are to be found on the backs of stamps. In some cases, stamps are clearly from the same formular. Look at the first image below. The large fragment in the middle did have stamps on the back but they were "harvested" for individual sale. Two of them are to be found top left of the same page - same date on the cancellation and traces of pink card on one of the stamps (the other has been washed)

Forgeries are pathetic - the mint copies (which are never found for genuine stamps) have a New Issue Collector neatness. The used copies have postmarks which include MINSK in 1912 and KIEV in 1917 ... You don't need to pay an Expert to tell you these are fakes!

There are some "difficult" cases. It does seem that some kopeck value stamps not listed in Michel were overprinted with Type 5 - the 1 kopeck perforated and imperforate and the 15 kopeck imperforate. But the copies I have show 1921 postmarks - not impossible but later than the vast majority of Kustanai cancellations. They also show Type 5 in a worn state - consistent with there being a second round of overprinting in 1921. But to make further progress I need a fragment of a Formular card with a clear 1921 cancellation and preferably several overprinted stamps. Any offers? 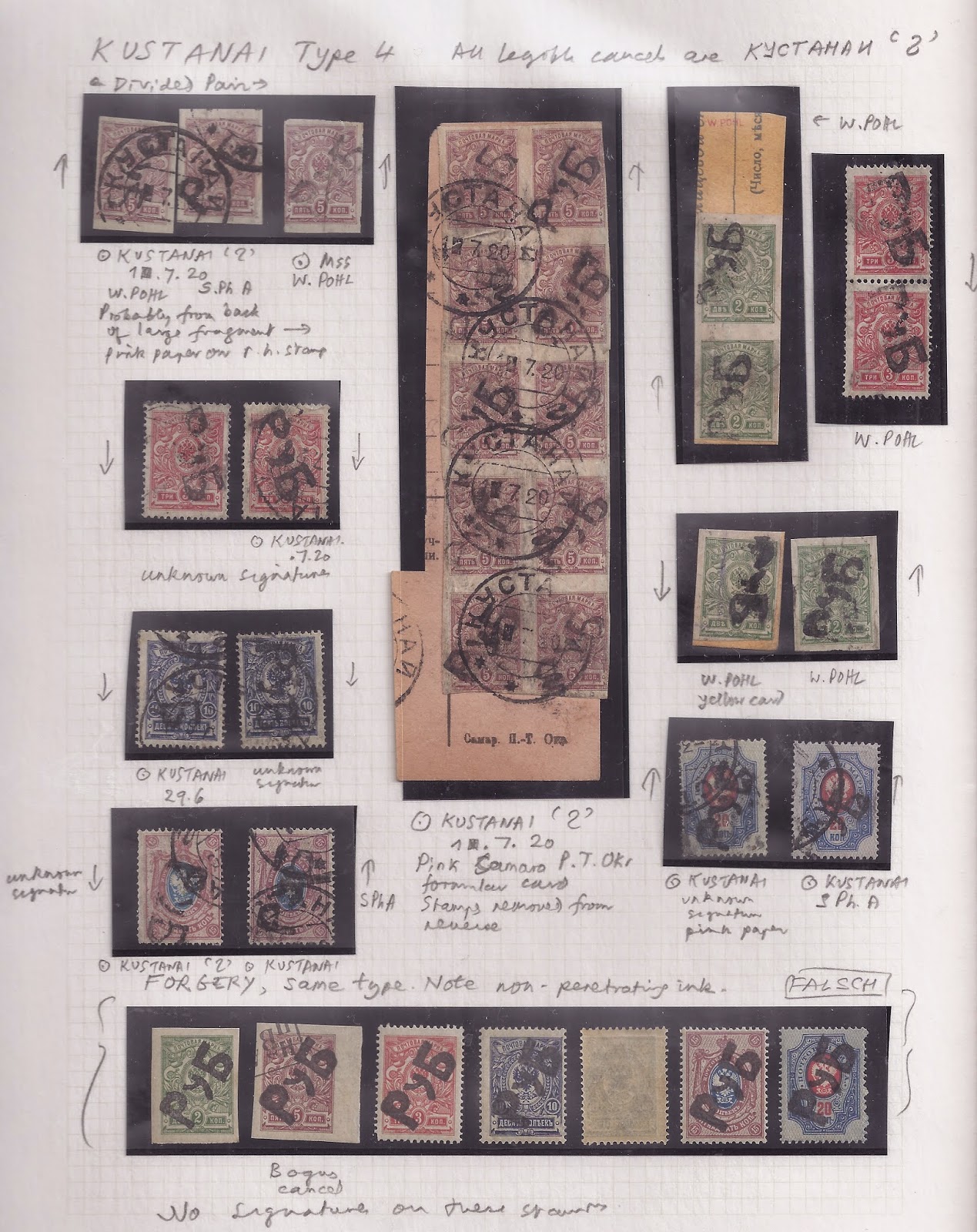 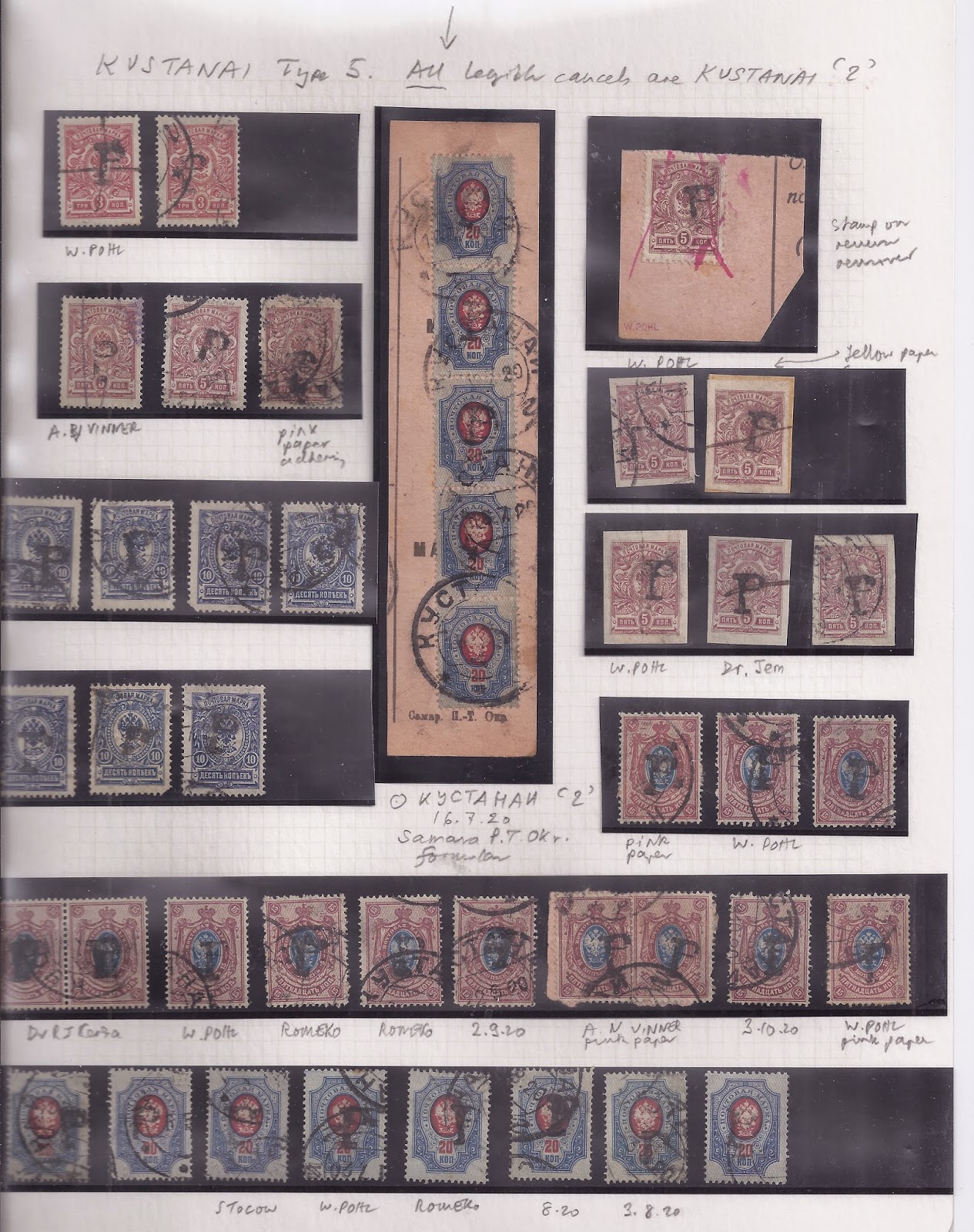 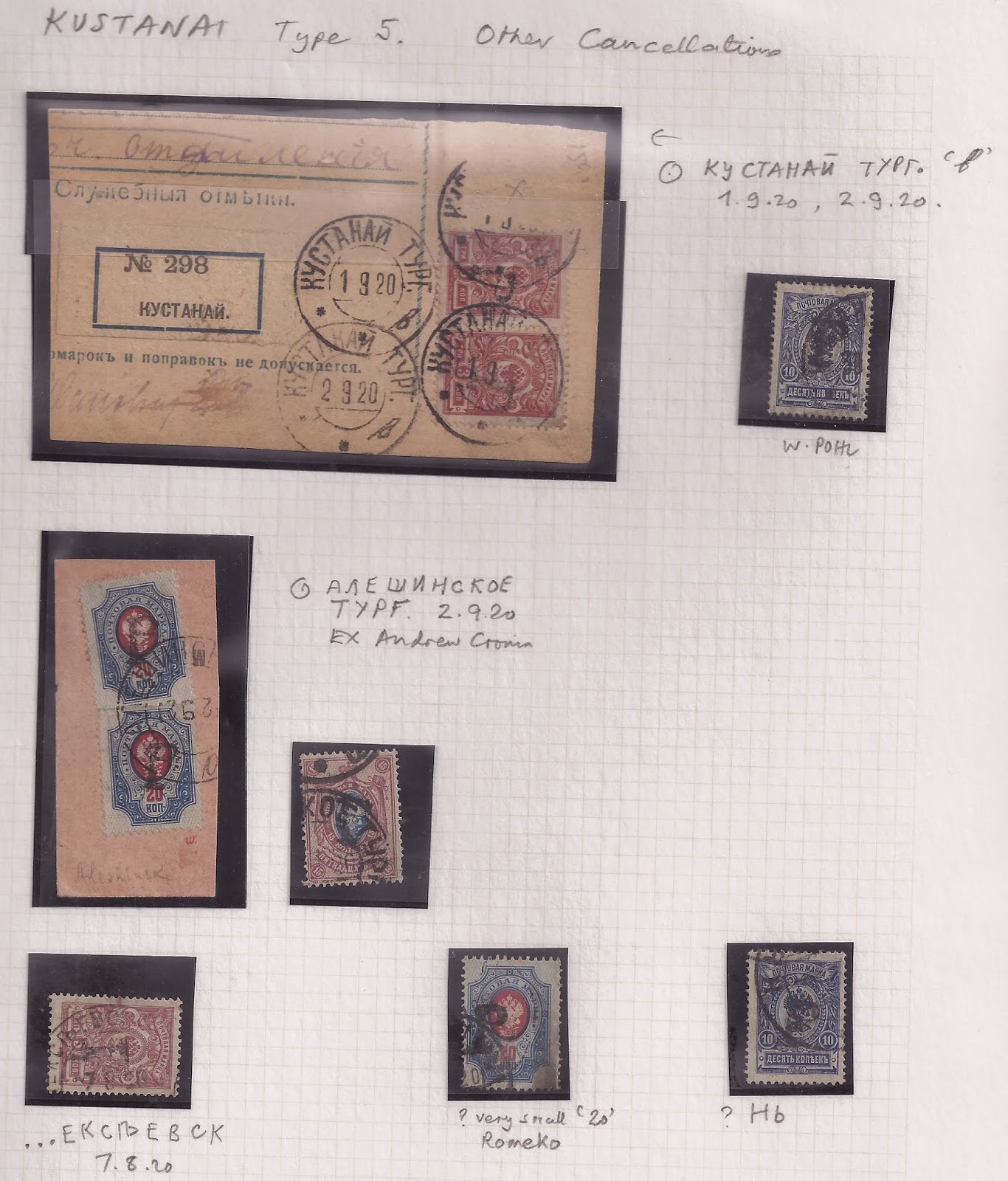 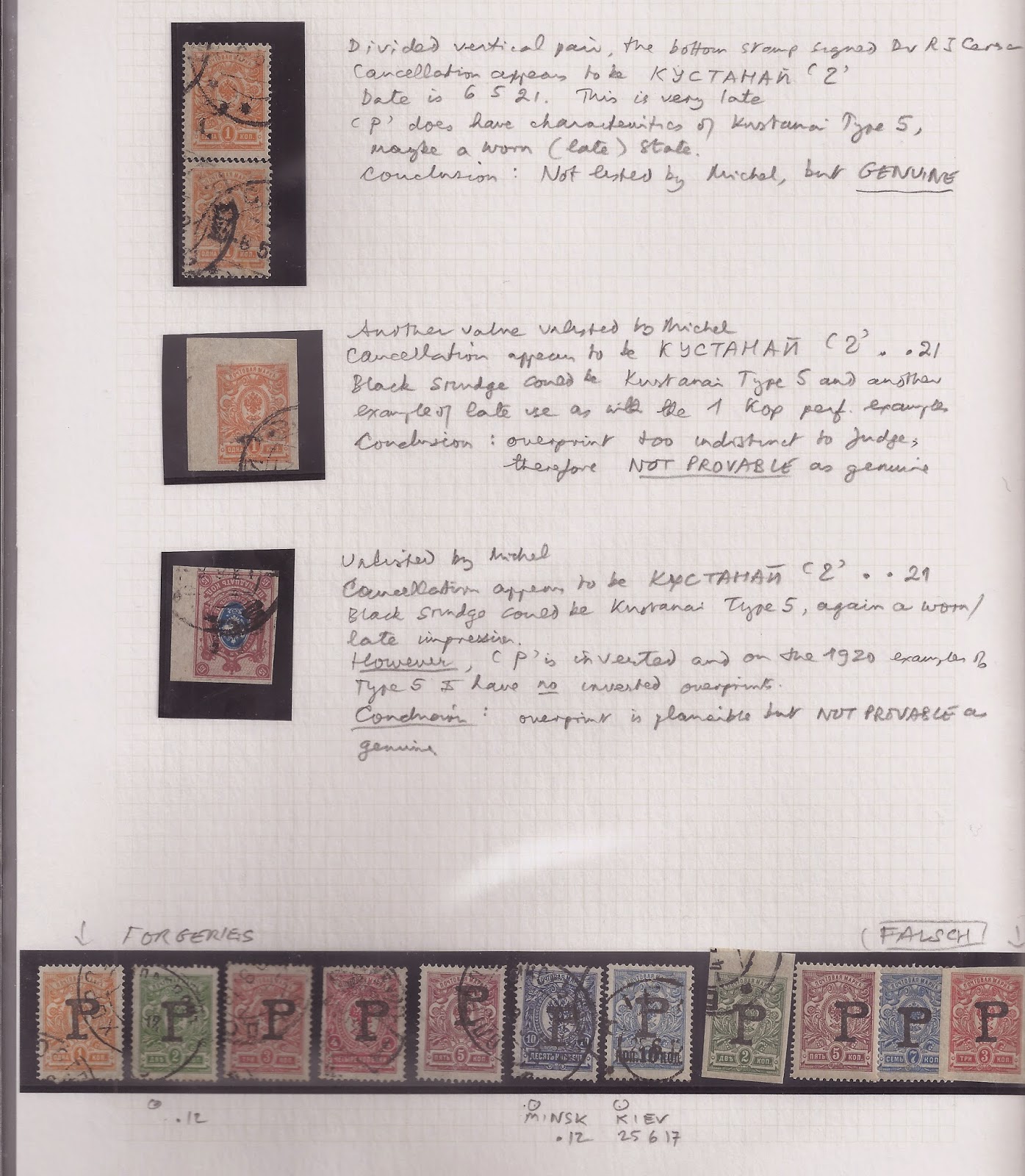