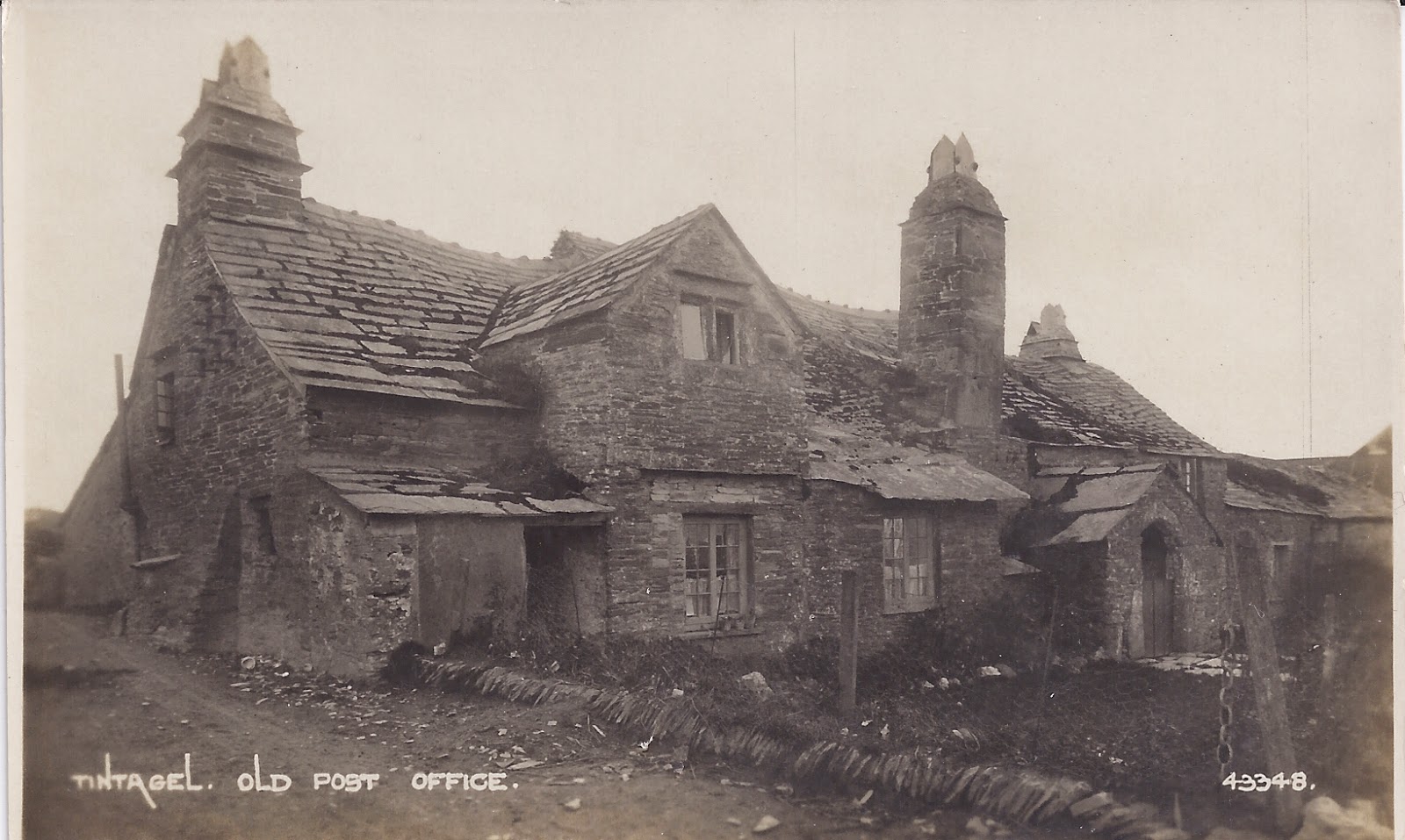 
Some years ago I realised that when I thought of a post office, I thought of something just like the one I used at home. For example, the counter clerks had plenty of postage stamps available, neatly organised in fat books. Then in 1997 on holiday in Armenia, I went into the main post office on Republic Square, Yerevan to get stamps for holiday postcards. The clerk was sitting at an open desk and her stamps were in the desk drawer. She didn't have many and they were all loose and mixed up. Rather slowly, she found stamps - different ones - which would frank my cards. I was surprised - I had expected their post office to be just like mine.

Go back nearly a hundred years and think of post offices in Russia from 1917 through 1923. Think about the people, both clerks and customers. Many of them - probably most of them - were cold, hungry and sick. They were poor. They wore old clothes, probably hadn't a bath for some time and even their hands were dirty. Things they needed were in short supply - sometimes, you didn't even have a pair of scissors available at the post office counter. Sometimes the clerks had stamps, sometimes they didn't. More often than not, they had stamps in denominations which did not match current tariffs. Few clerks took pride in their work - they didn't clean their cancellers, for example. As a consolation,everyone smoked - and coughed.

The letters and cards people wrote often used improvised stationery and were written in pencil rather than ink.

In a sense, we know all this because we know how a 1917 - 23 letter or card is likely to look - a bit grubby and nothing like a modern FDC.

But forgers often fail to reflect the reality they are supposedly forging. Their covers look too much like FDCs: expensive stationery, nice handwriting, super clean postmarks .... You look at these things and you know they are too good to be true.

There was a failure of imagination: a failure to realise that people then were living differently and - in general - living badly.

Just by way of one example: here's a man ("A.A") in Borovichi in June 1922. It's part of a correspondence. He's an artist and is trying to get to England and is writing to the well-known English artist, Alan Beeton (1880 - 1942). For this latest instalment of his correspondence, he has cut the cover off an old notebook - no matter that the cover is blue and you have to work hard to read the address: 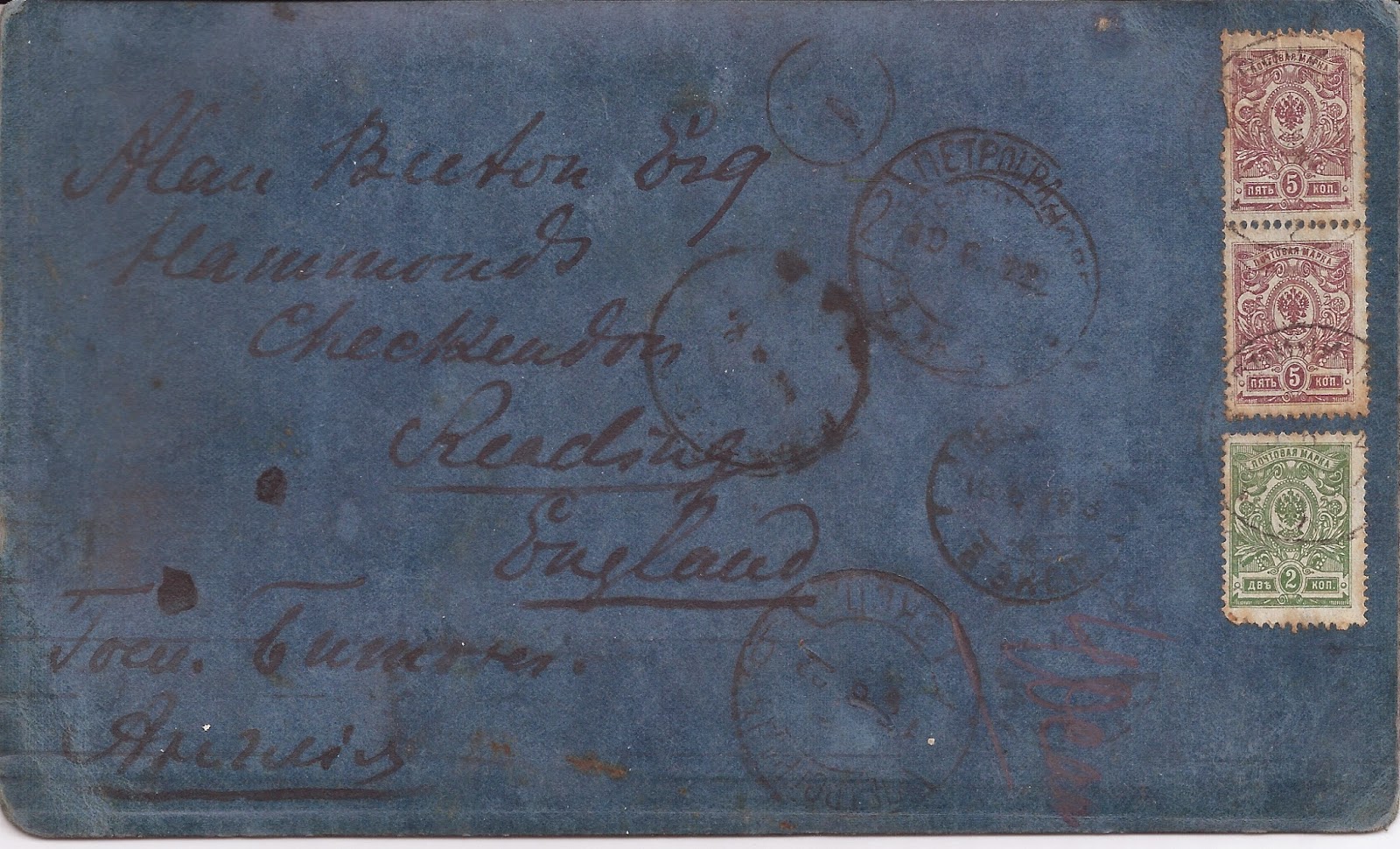 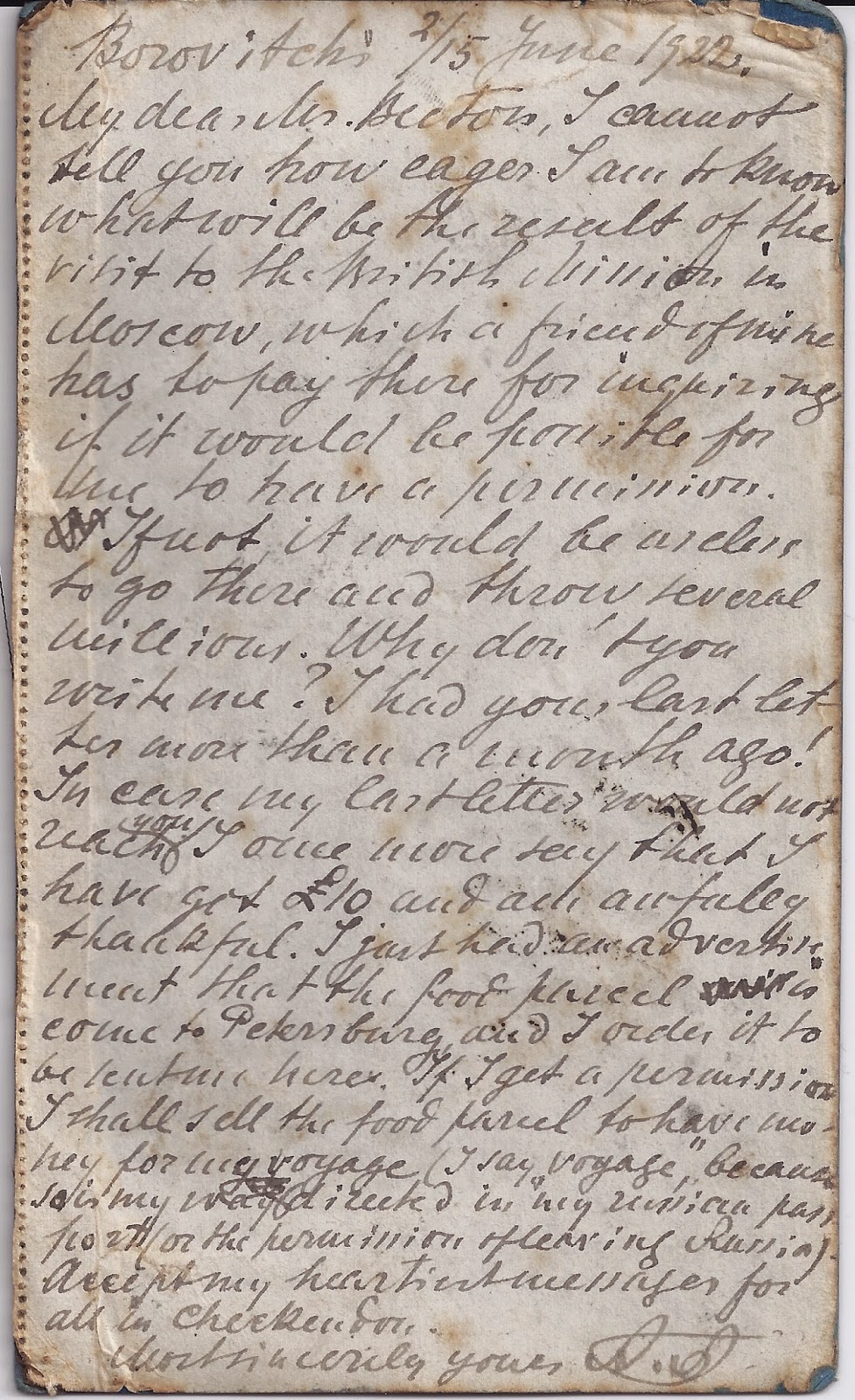