In a previous Blog (7 March 2015), I have written about the limited distribution of the Imperial Russian Arms 10 rouble imperforate which is most frequently found with Ukrainian postmarks of 1918. Today, I can add an early use in Russia proper: below is a pair of stamps, with shifted centre, used at IRKUTSK 8 4 18. The vertical arrangment suggets use on a formular card (Parcel or Money Transfer).

Added 31 October 2016: Michael Kuhn in Bamberg has added some very significant information. He has sent a scan which shows another stamp used at Irkutsk earlier than the pair I show and also a block of four with a MOSKVA 7 3 18 cancel from the XVI GOR.[od] POCHT. OTD.[el]  which looks completely non-philatelic and is earlier than all the Ukrainian and Irkutsk examples I have shown. I have recorded only one other use in Moscow -  but in 1922 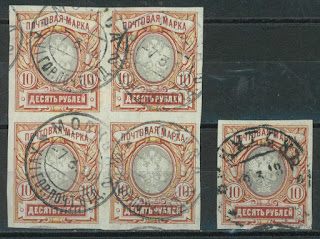 Added 7 November 2016: Grzergorz Mikula in Warsaw kindly send me these very interesting examples, confirming use in Moscow. His colour filters allow us to see the dates clearly. The first two stamps have Moscow cancellations. The third adds Nikolsk Ussurisk to the list of places where this stamps was used. The last stamp shows a November 1917 cancellation which is the earliest I have seen. The postmark is from a village [Posad] in Moscow Guberniya. The most likely Posad, I think, is SERGIEVSKII POSAD which was a centre of Russian Orthodox church activity. 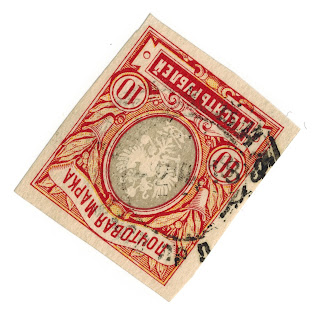 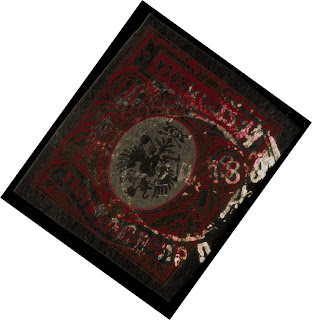 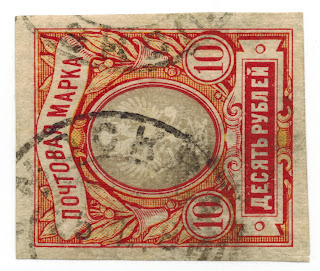 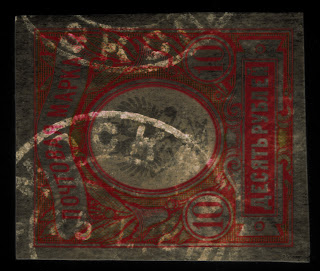 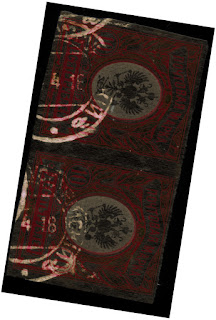 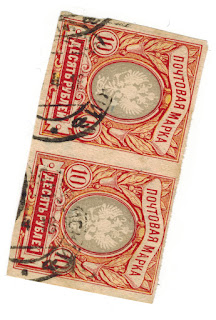 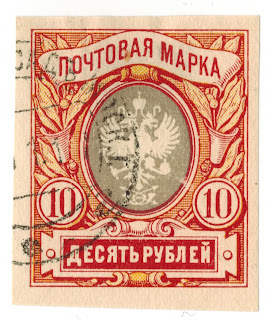 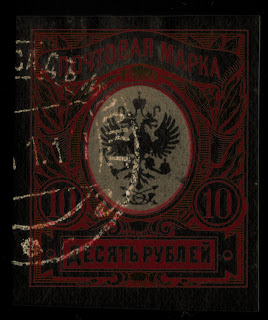