A Rare One Kopek Franking

On 1 November 2013, I blogged here about the One Kopek Tariff which existed continuously in Imperial Russia from 1866 to 1917 and ended only under the Provisional Government: from 14 August 1917, the lowest tariff was set at 2 kopeks. The conditions of eligibility for the 1 kopek rate varied a great deal in that 1866 – 1917 period, but in principle, it is possible to find every type of Imperial 1 kopek used as a single franking.

It may be that the hardest one to find is the imperforate 1 kopek issued in April 1917. April to August sounds like a reasonable period of time, but if a post office or an individual still had perforated 1 kopek stamps available, then they might well choose to use those because easier to separate – try finding a pair of scissors when you need them!

Since I began looking for 1 kopek frankings many years ago, I have only found one with the imperforate. It is used on the circular shown below and cancelled at the Petrograd 57th office on 25 5 17. I am today writing up the item for despatch to auction. 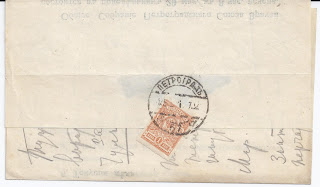 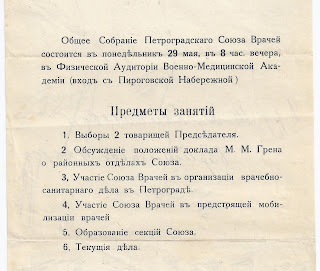