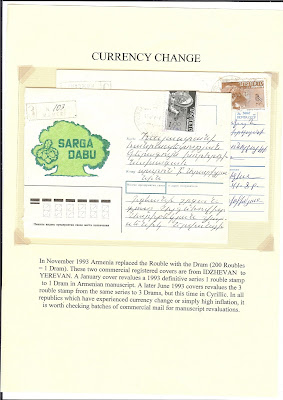 [There is a typo in my old write-up of these two covers: both covers are from 1994 (January and June), not 1993, with clear Yerevan backstamps]
Posted by trevor pateman at 06:59