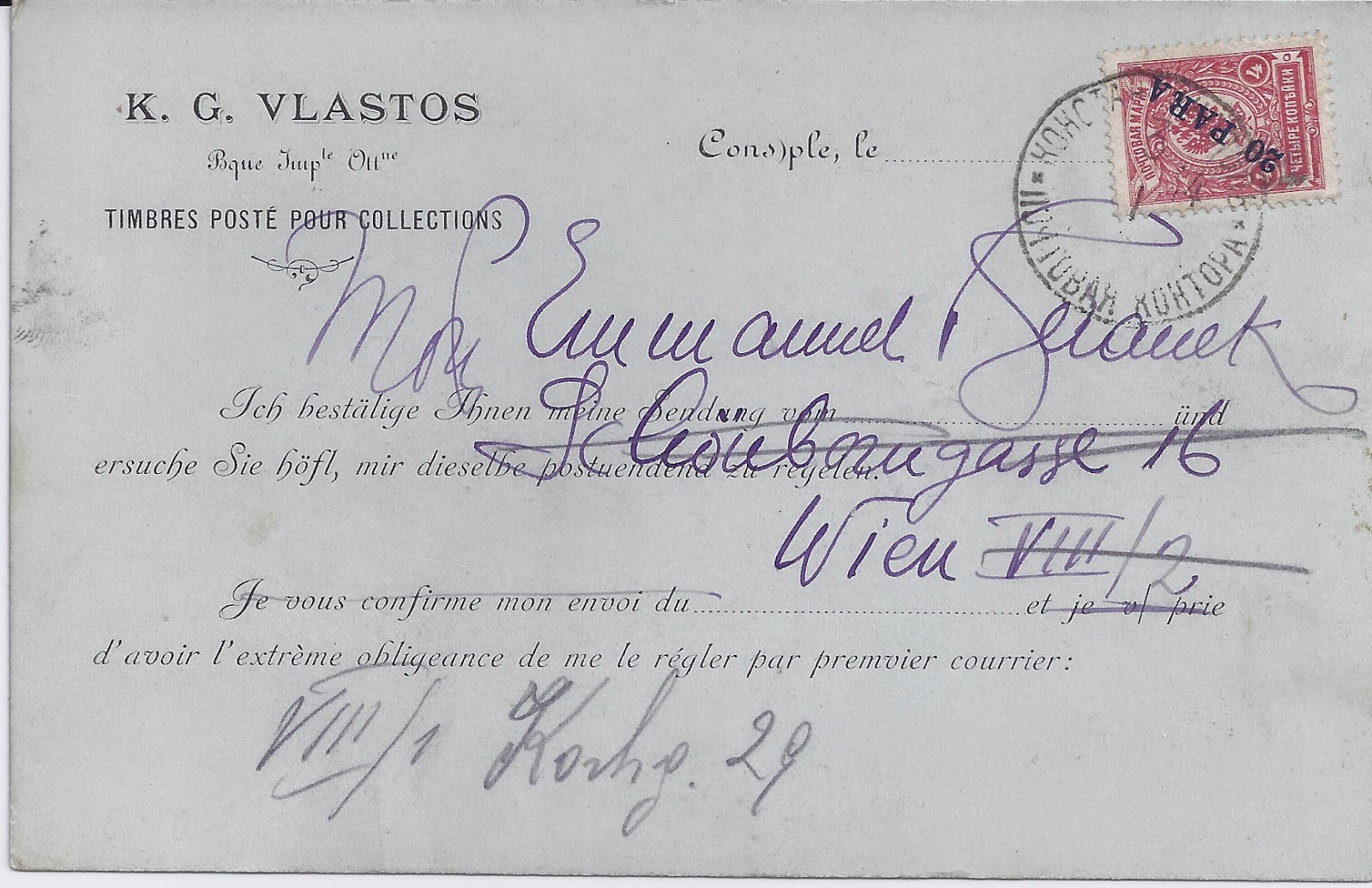 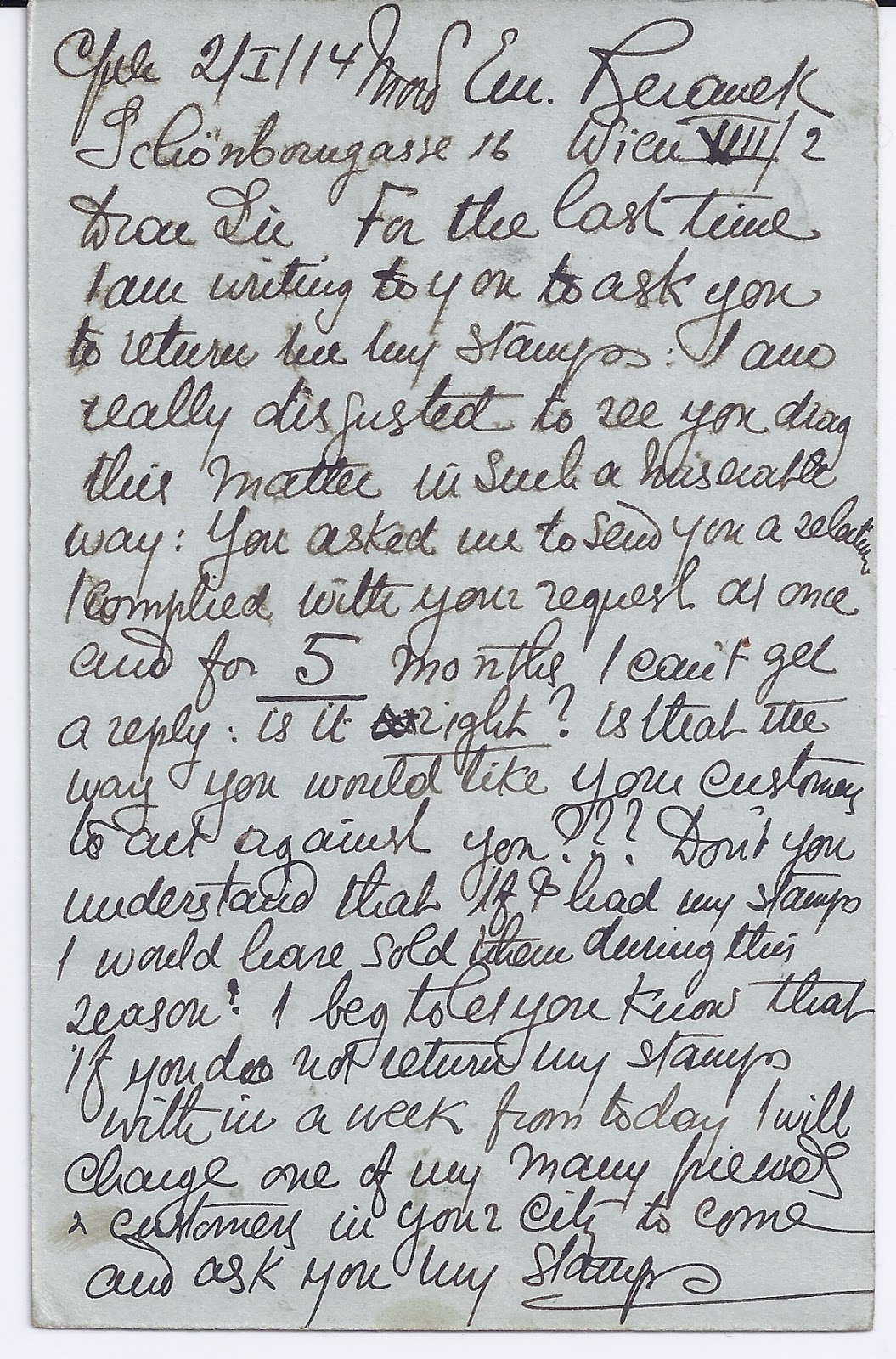 " Dear Sir. For the last time I am writing to you to ask you to return me my stamps. I am really disgusted to see you drag this matter in such a miserable way: You asked me to send you a selection, I complied with your request at once and for 5   months I can't get a reply: is it right?  Is that the way you would like your customers to act against you?? Don't you understand that if I had my stamps I would have sold them during this season? I beg to let you know that if you do not return my stamps within a week from today I will charge one of my many friends & customers in your city to come and ask you my stamps "

Posted by trevor pateman at 07:04 No comments: 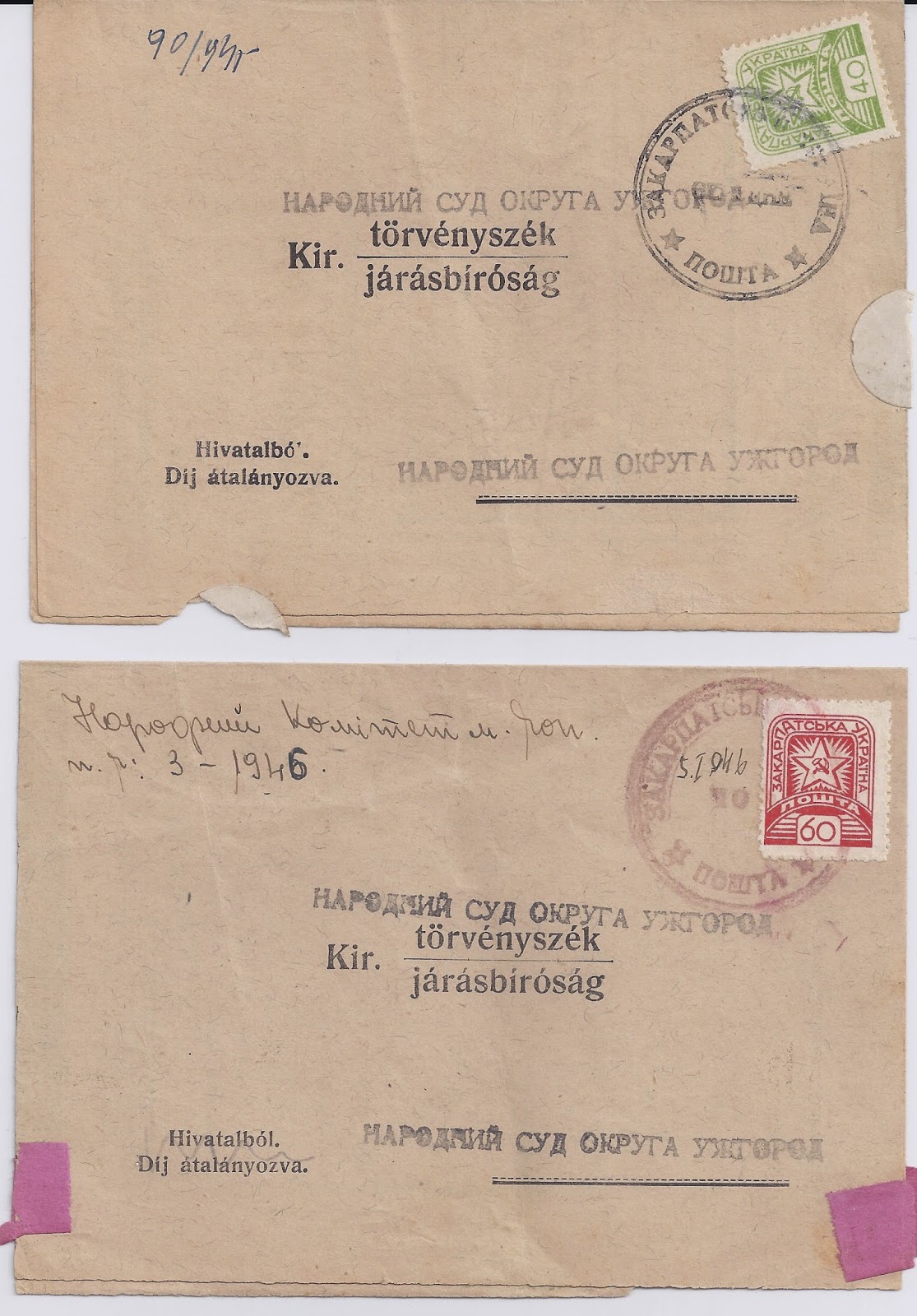 Posted by trevor pateman at 08:05 No comments: