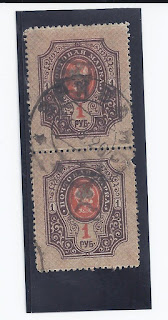 Posted by trevor pateman at 08:22 No comments: 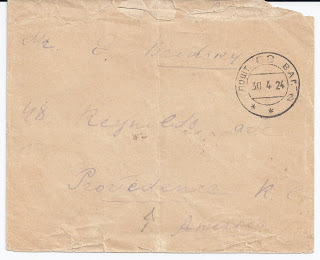 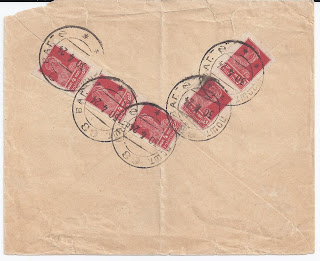 I have no idea of the route on which Postal Wagon 68 operated or for how long. So it is over to my readers ... who have very rapidly obliged - see the Comments posted below by Howard Weinert and Ivo Steijn. Thanks to both of them!
Posted by trevor pateman at 09:13 2 comments: 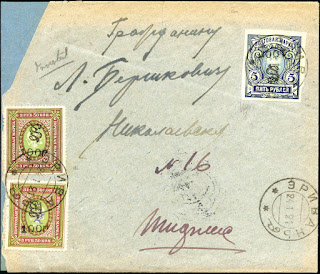 
Added: Stefan Berger points out to e that this cover comes with a 1986 Peter Holcombe certificate which , unfortunately, is simply wrong. The pencilled signature is his when compared with that illustrated at www.filatelia.fi
Posted by trevor pateman at 09:45 No comments:

Stefan Berger from Jena - well-known for his Blog www.stampsofarmenia.com and for his "Short Opinions" on classic Armenia stamps - has been elected as Bundespruefer for classic Armenia by the Bund Philatelistischer Pruefer E.V. (BPP)

The BPP is probably the world's most respected expertising organisation, with rigorous tests. Candidates are examined on such things as their ability to recognise repairs, re-gumming, printing method, etc as well as their ability to recognise forgeries. BPP experts are expected to hold extensive collections of genuine and forged material and to keep systematic records of their work as an expertiser. For an example of what a BPP expert's office looks like, see my Blog here of 30 April 2012.

One of Stefan's first tasks will be to revise the Michel catalogue listings for Armenia. About twenty years ago, Michel made the good decision to bases their listing on Christoper Zakiyan's archive - based researches.Unfortunately, someone made a mistake in translating Zakiyan's Russian text. Zakiyan found in the Archives an inventory of stamps remaining in the Yerevan post office when the Bolsheviks took power at the end of 1920 - beginning of 1921. But Michel thought it showed issue numbers and so gave very high pries to common stamps like the Dashnak 10 rouble surcharge on 35 kopek perforated stamp. See my Blog of 4 July 2010.

With Stefan Berger at BPP and a revised Michel a sound basis will be created for serious collecting of classic Armenia. At the moment, the collecting area suffers a great deal from ebay forgeries and bad catalogues - from Artar to Yvert with many in between.

Best wishes, Stefan!
Posted by trevor pateman at 22:48 No comments: