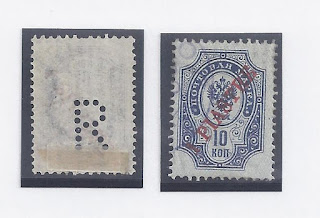 
In my opinion this perfin was used by the R.O.P.i.T., the Russian organization for steamshipping and trade, which had postal rights in the Levant and Black Sea area. The company had an office in the port of Constantinople.
Posted by trevor pateman at 11:08 No comments: 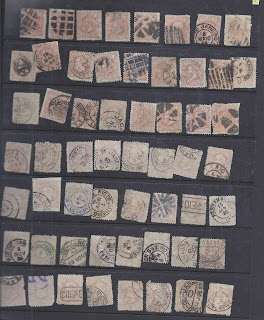 Posted by trevor pateman at 07:11 No comments: