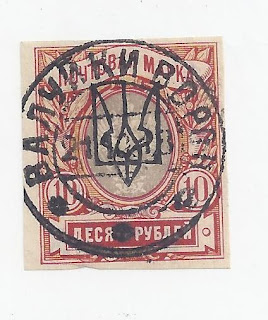 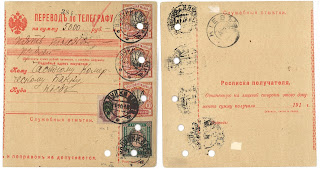 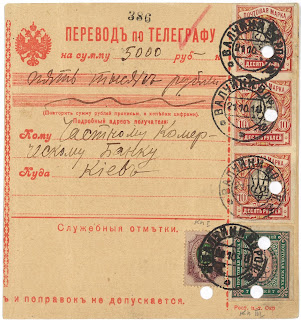 Posted by trevor pateman at 07:18 No comments:

Sometimes you notice things, sometimes you don't. Here are two Levant surcharges on Imperial stamps. In the background you can see some kind of blue diagonal inscription, very weak and unreadable unless you know what it says. It says OBRAZETS and these are Specimens, even though this is not the usual form of Russian OBRAZETS overprints which are big,bold, unmistakeable and much forged on computers. But if I had not seen these almost invisible blue oveprints before, I would have missed them.

I Googled to check that I was right and within the usual 45 seconds had located an interesting Auction lot from Cherrystone where the blue OBRAZETS is combined with a UPU administration's own SPECIMEN overprint. The lot sold for $500. 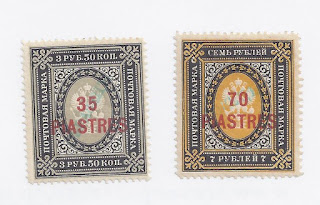 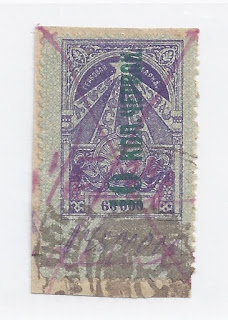 Sometimes you notice things, sometimes you don't. Above is a relatively common (and nicely designed) fiscal stamp of the Transcaucasian Federation. First issued in August 1923 with a face value of 60 000 Transcaucasian roubles, it was then overprinted in the new Gold currency - the Chernovets - and becomes a 10 kopeck stamp. This stamp seems to be used in 1924, I think in May - have a look at the line of red-violet writing, in the same ink as the cross cancellation.

At the bottom there is part of a seal in black and bottom right you can see an upside down hammer and sickle, so it's a Soviet seal. Under the seal and in the cartouche - the tablet - there is a number in a different violet ink which looks like 1 450 000 p. In other words, another re-valuation.

I head to Christopher Zakiyan's Armenia: Postage Stamps, Fiscal Stamps, Postage Cancels (2003) and from that I conclude that I am looking at a local re-valuation done at Goris - the place also known as Giryusy in Elisavetpol guberniya and in the same region as the famous Katar copper mines [Katarsky Zavod ].

Zakian does not list a 1 450 000 revalution on this stamp but all those he does list for Goris have high numbers which suggest Gold currency was not in use there when these stamps were available. The figure in the tablet probably just indicates the amount actually paid in tax using this stamp. That may have something to do with the anomalous location of Goris - part of Armenia but formerly part of the Elisavetpol guberniya. That may have put it in a different currency zone.

In the same way, one known consequence of the anomalous administrative position of Goris is that the 1923 Star overprints on Imperial postage stamps, normally found used only in Azerbaijan, are occasionally found used in Armenia at Giryusy and Dyg - the obvious explanation for this is that these places were still receiving stamps supplied from Baku or Elisavetpol.

What would be nice, of course, is to find some document which shows the black seal in full and in a way which allows it to be linked to Goris.

Posted by trevor pateman at 05:55 No comments: 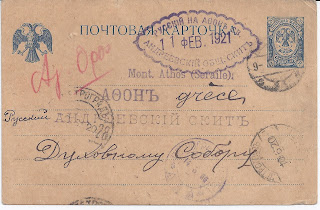 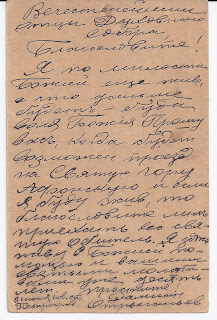 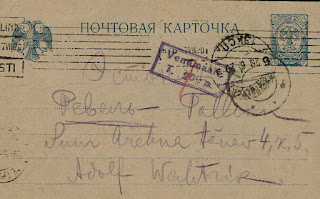 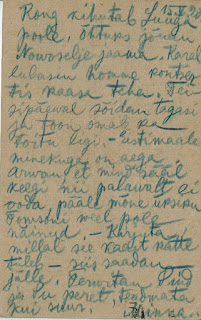 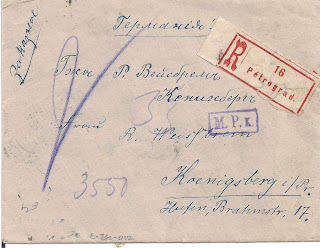 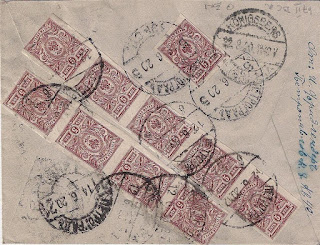