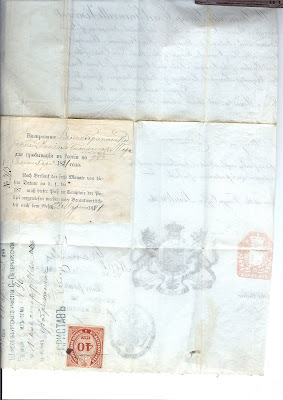 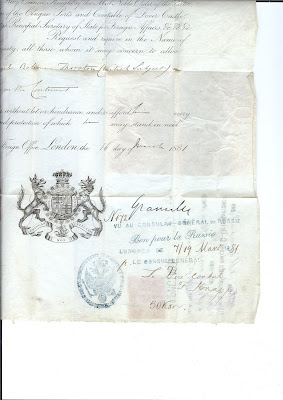 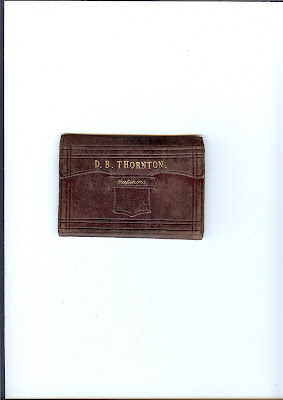 In 1881, Mr Daniel Thornton, a subject of Her Majesty travelled to Russia. Here is his passport, a fine document for which he appears to have paid six pence and then 50 kopecks at the Russian Consulate General in London. When he got to St Petersburg, he checked in with the authorities - and collected one of the two or three rarest St Petersburg fiscal stamps: the 40 kopeck Prigorod (Suburban) Police stamp.