Stamps Expertisation: Past and Present

In the past, dealers and experts guaranteed stamps by signing them on the reverse, sometimes by hand and sometimes with a handstamp.
This method had a number of disadvantages.
First, it was unclear what the signature was meant to claim.
Second, it was open to abuse: you could get an expert to sign a relatively common stamp and then you could later add a rare overprint and point to the signature as a guarantee. To try to stop this abuse, experts sometimes signed twice when given an overprinted stamp - once for the stamp, once for the overprint.
Third, handstamp ink often penetrated to the front of the stamp, causing an immediate reduction in value.
Fourth, over time collectors forgot who the experts were especially when they signed with initials or a symbol.
Fifth, when someone got it wrong, the mark on the back either had to be crossed out or otherwise commented upon. I have several stamps in my stock where an expert has written FAKE or FORGERY or FALSCH and has later changed their mind and crossed it out and signed again. These stamps are not saleable.

Modern photographic, scanning and computer print technology allows a much better way of doing things. At no great cost, an expert can now link a stamp to a printed document and not sign the stamp at all. This is now standard procedure for most experts, including anyone who is a Verbandspruefer of the German Bund Philatelisticher Pruefer e. V. Here’s an example.

Note how both the back and front of the stamp are photographed, in high resolution, and how the “Attest” format allows for comment and explanation. Even twenty years ago, to produce a document to this standard would have been quite expensive; nowadays, a desktop computer and scanner are all that is needed apart from the security-printed “Attest” formular. 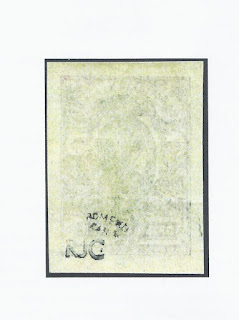 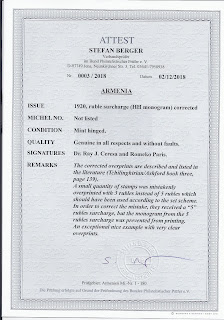 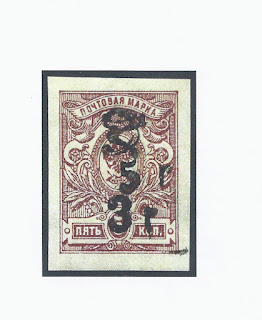