World War One: It Seems That Your Letter Was Delayed .... 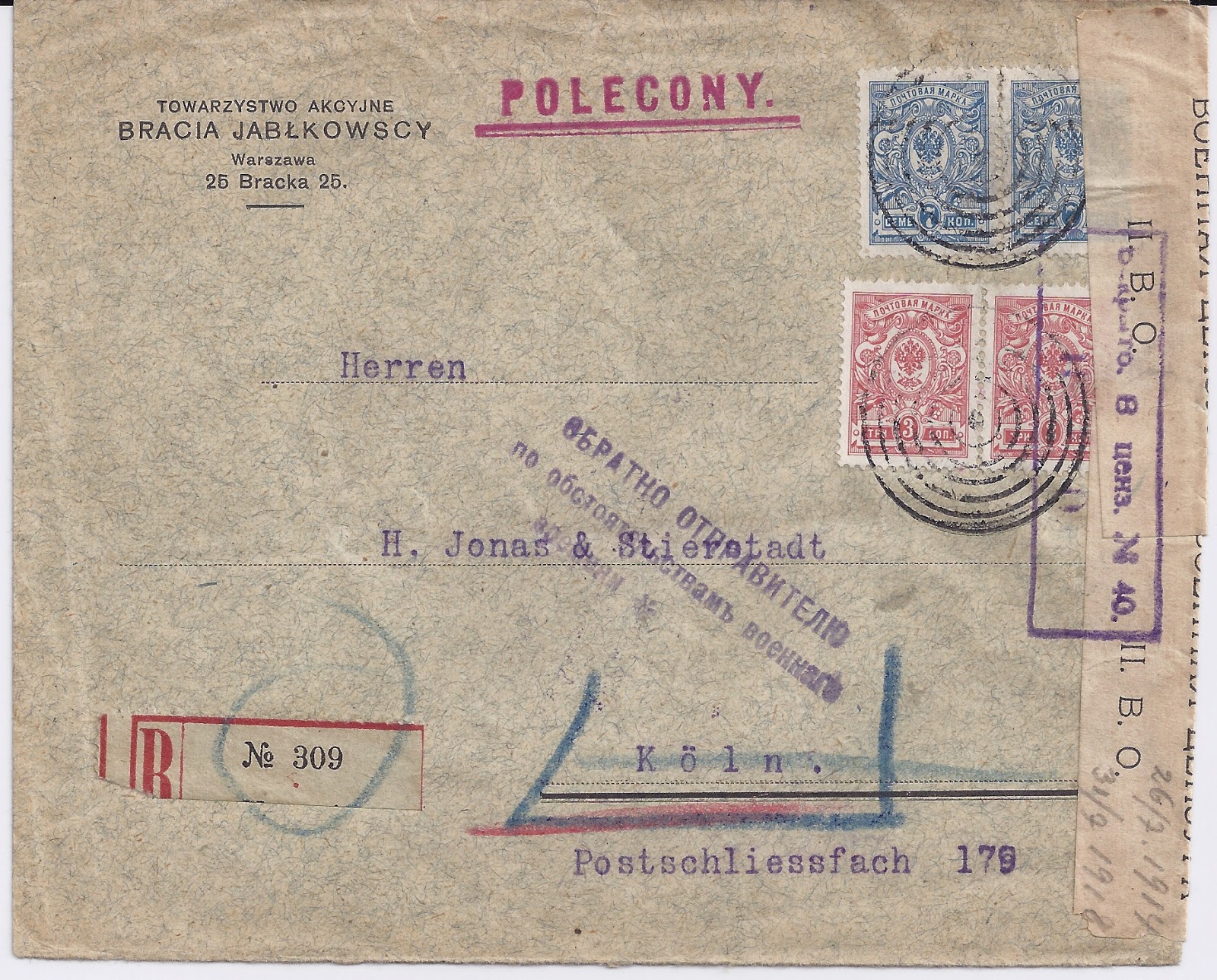 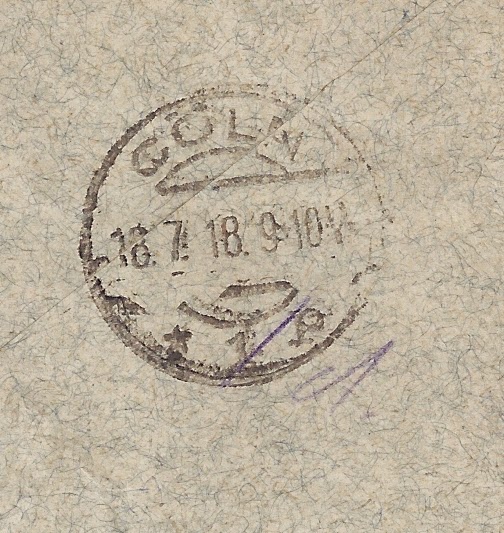 This cover is from the Harry von Hofmann collection. It was Registered in Warsaw, the location disguised by the Mute cancel and halved Registration label but given away by the address top left. There is no dated cancel and the contents have been removed but a pencil note bottom right reads "26 7 14". The franking of 20 kopecks is correct for that date.

The cover was routed to Petrograd where it was censored - but also a Return to Sender cachet applied which gives the outbreak of hostilities with Germany as the reason why the letter cannot be forwarded.

Fast forward to March 1918 when the Treaty of Brest-Litovsk re-opened the mail connections between Russia and Germany, The mail bag containing letters held in Petrograd since 1914 was opened and the mail finally sent on its way - this one arriving in CÖLN 18 7 18 - though the pencil note gives the date of final delivery as 31 7 18.
Posted by trevor pateman at 05:50