A Little Test Before Next Week's Harry von Hofmann sale ....

Next week in Wiesbaden, Heinrich Koehler will sell the Harry von Hofmann collection of Imperial Russian Registered Mail. Virtually every cover can be found illustrated at www.heinrich-koehler.de

Now Registered mail from Imperial Russia is common. But some Registered items are more unusual than others. And some things you will NOT find in the Imperial period, which ended with the abdication of Tsar Nicholas on March 2 1917 [ Old Style].

For example, the cover below is from post-Imperial Russia but maybe looks like it could easily be an Imperial period cover. There are two reasons why it cannot be that, apart from the readable date of 1918.

First, it is franked entirely with imperforate Imperial Arms type stamps which were only put into circulation during the period of the Provisional Government which came into being after the Abdication.

What about the second reason? Have a look. The cover is sent from ZELZAVA LIFL 17 1 18, addressed to Stomerzee where it was received STOMERZEE LIFL 17 1 18 - so a bit over a month before the German occupation of the Baltics. The cancellations look like standard late Imperial types 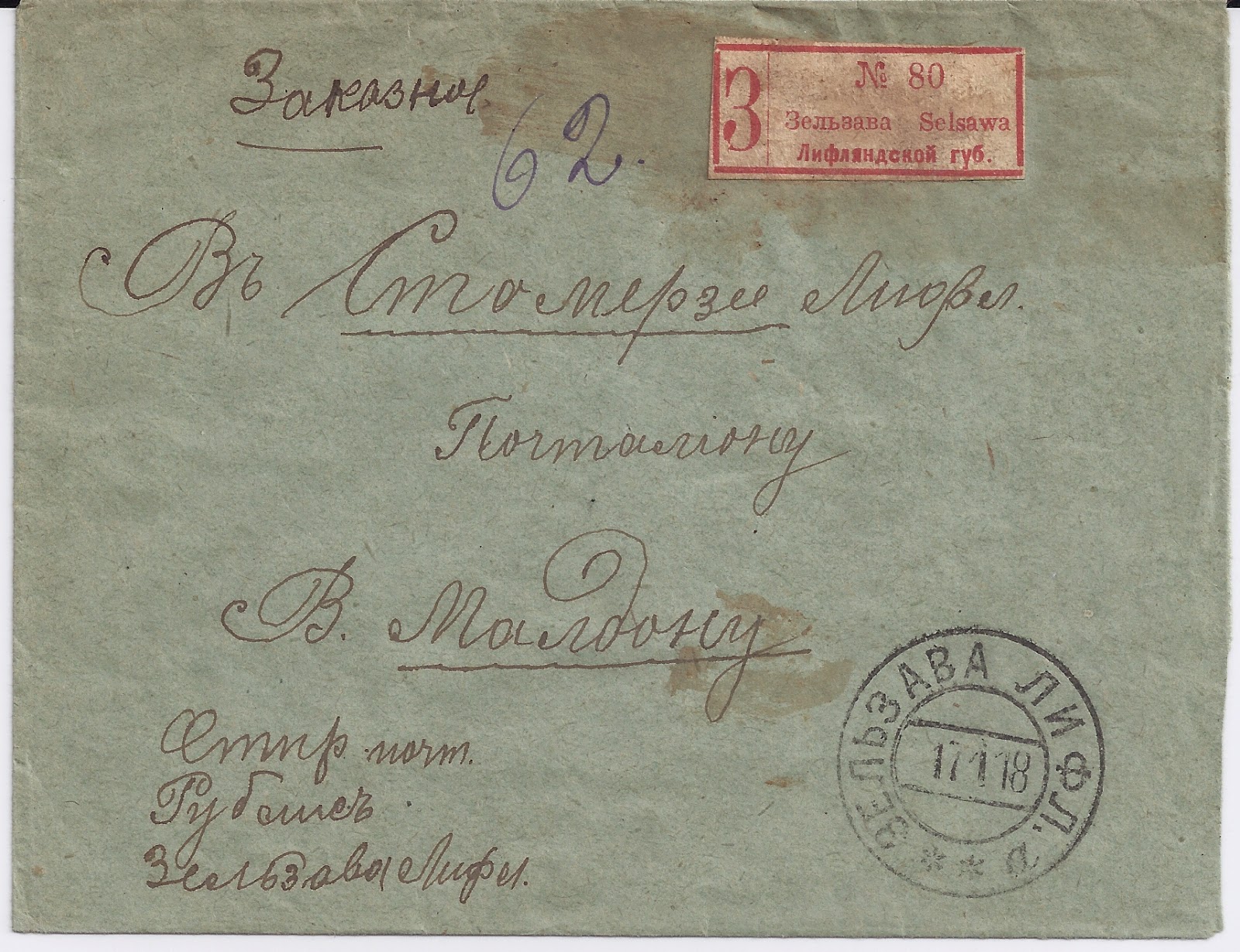 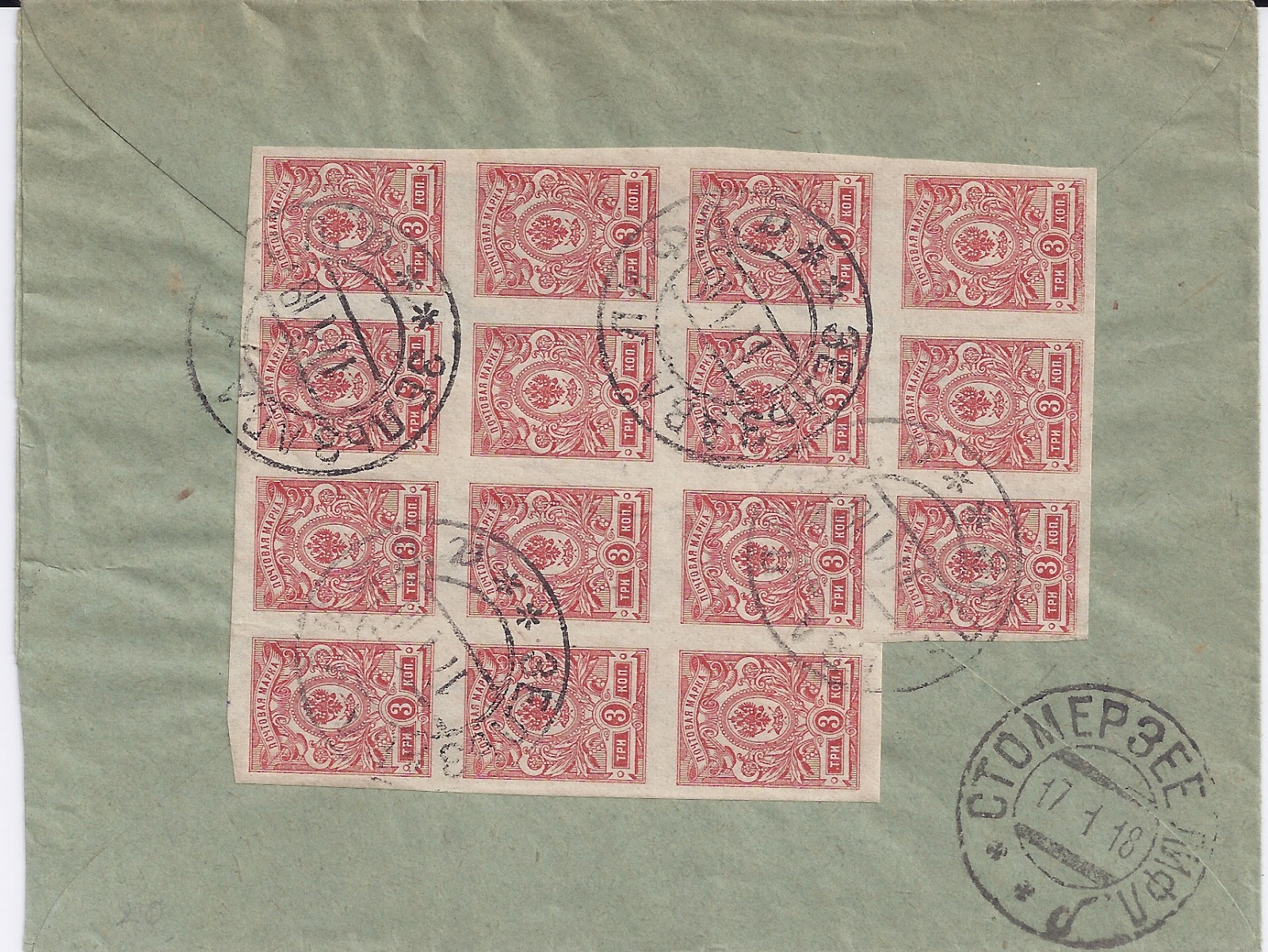 Answer: Under Imperial Russian rule, internal registration labels used in the Baltic states were monolingual, Cyrillic alphabet and Russian language. You don't see any bi-lingual or tri-lingual labels as you do (for example) in Finland. Labels for Foreign mail (R labels) were printed in Roman and usually with French spellings - which is why you see MOSCOU and not MOSCOW or MOSKWA.

But on this letter we have an Internal registration label which is bi-lingual, the "Selsawa" being a Germanic spelling of the Latvian place name whereas in French or English you would probably get "Zelzava" (just as you get "Zemstvo" and not German "Semstwo"). [ I say "Germanic spelling" because the Latvian name is "Dzelzava" or "Dzelsawa" and the German name is "Selsau" - see Harry von Hofmann, Lettland, Die Stempel und Postanstalten 1918 - 1940]

My GUESS is this: this is a post - Imperial label  probably printed in the period of the Provisional Government but on whose initiative I don't know. I am sure there is one person can do better than my guesses ...