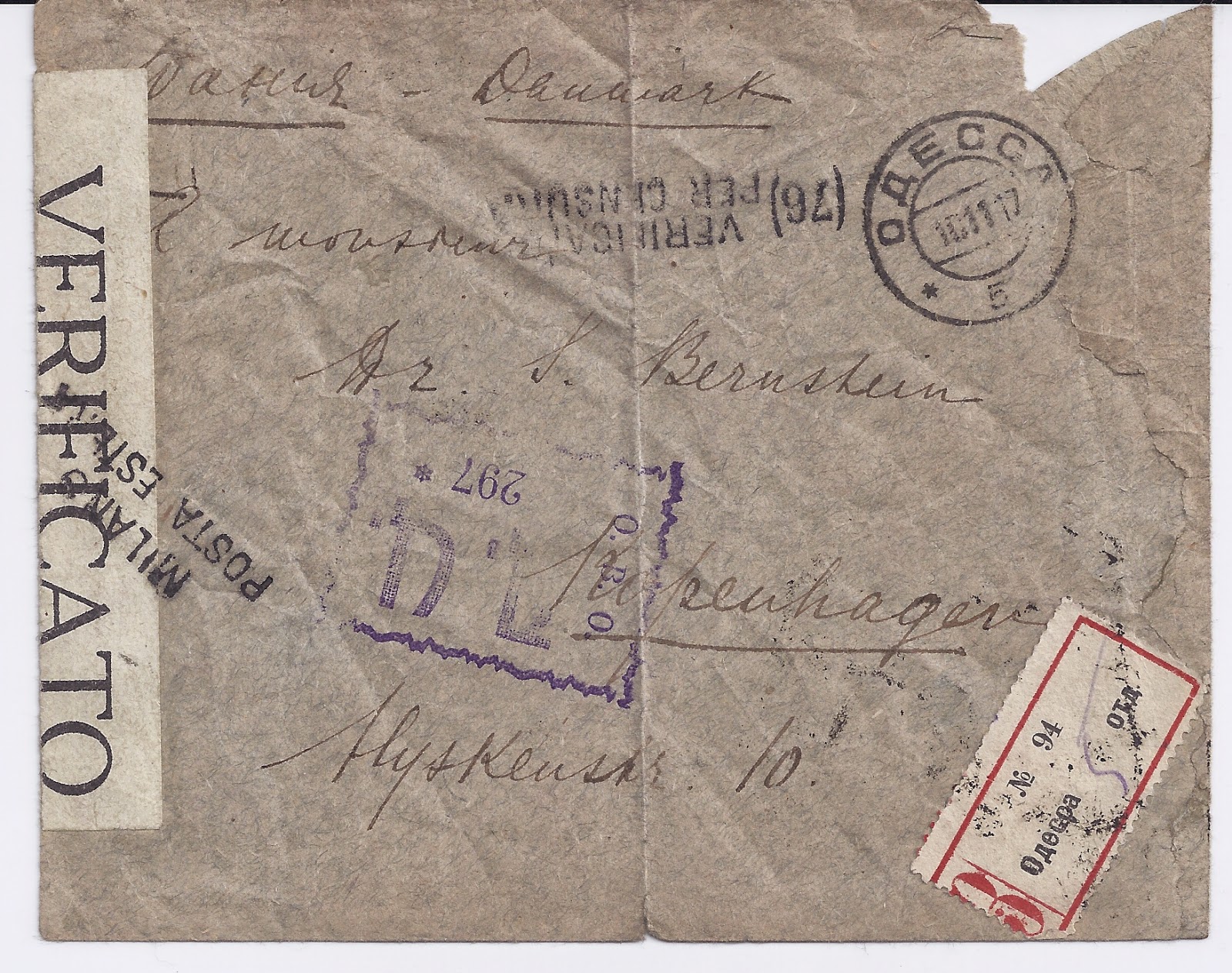 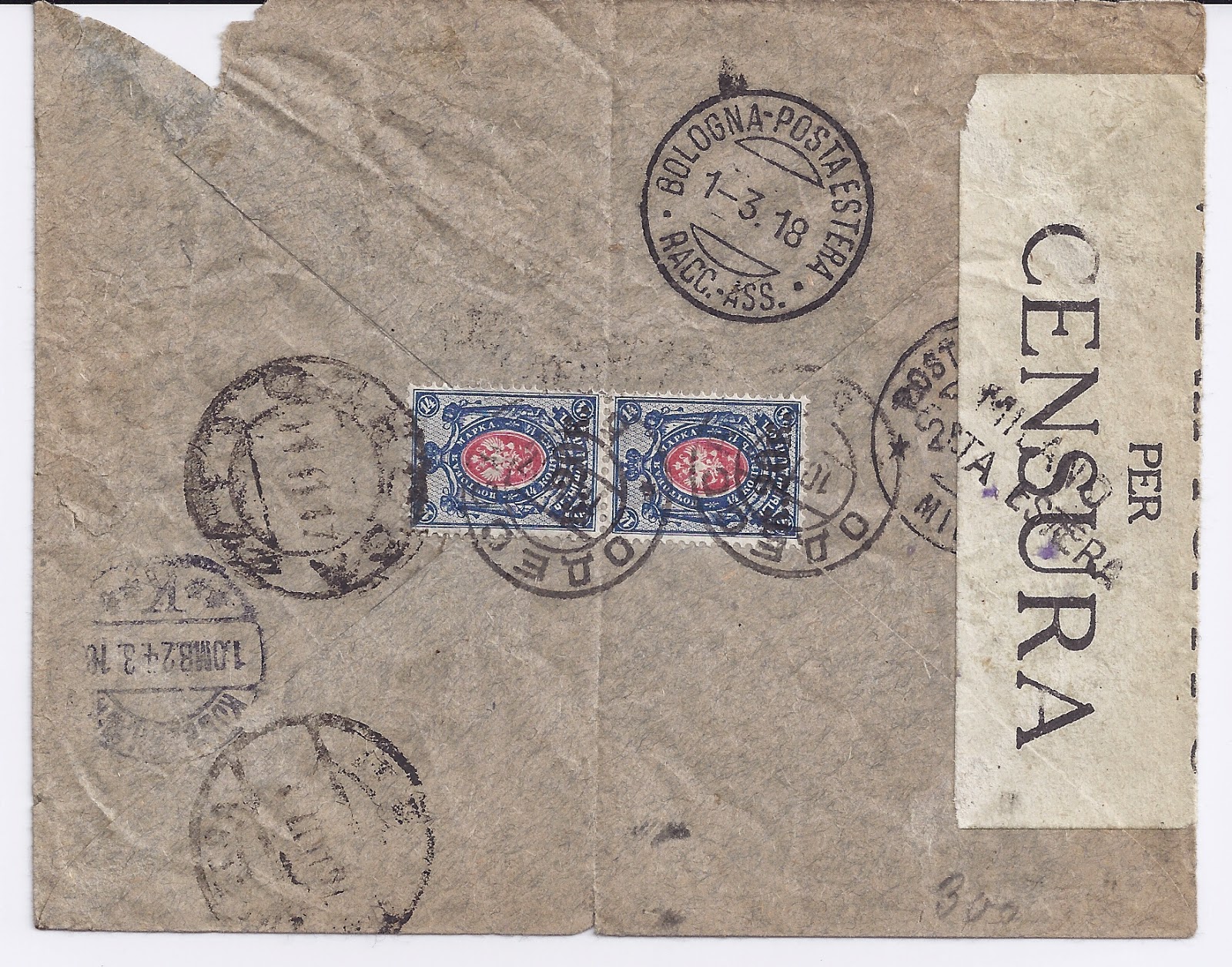 In war time, mail routes (inland, foreign or both) are disrupted just like every other aspect of civilian life. In addition, if mail going abroad is censored - as it normally is - it has to be transferred to censor offices. These tend to be centralised: censorship works partly by aggregating information from a large volume of mail and if there are just a few censor points information is aggregated from the start; it does not have to be collected in.

Anyone looking at Russian censored mail with foreign destinations will see Petrograd and Moscow marks dominating the censorship scene. Maybe 80% or 90% of mail for censoring was handled in those cities. But some mail going abroad was censored elsewhere, notably in port cities like Odessa and Baku - and then despatched by sea directly from those ports.

I was looking through a dozen items of mail going abroad censored in Odessa during 1917 - 1918. The letters originated in Odessa itself but also Ekaterinoslav (what is now Dnipropetrovsk) and Elisavetgrad (Kherson). They were going to Denmark,  England, Holland, Switzerland and the USA.

The cover illustrated above is particularly interesting because it shows part of the route this letter followed. Posted from ODESSA 10 11 17 ( a couple of weeks after the Bolshevik seizure of power in Petrograd) it was censored there, a fact recorded by the boxed violet cachet numbered 297. From a smudged cancel on the reverse, it then looks like the letter was sent on its way on the 11th. It then turns up in Milan where it was again censored - the white censor tape VERIFICATO PER CENSURA  is tied to the cover by strikes of the MILANO POSTA ESTERA cachet, front and back. Under the tape is a Milan arrival mark for which the date is not readable without lifting the censor tape. The letter then travelled down to Bologna (I assume - the route could have been the other way around) where it picked up a BOLOGNA POSTA ESTERA RACC. ASS. 1 3 18 registered mail cachet - nearly five months after its departure from Odessa! It makes better progress (overland?) to Copenhagen arriving there on 24 3 18 - the weak cancellation is on the reverse. At this time, most mail to Copenhagen is addressed to the Red Cross but this is a private or commercial letter.