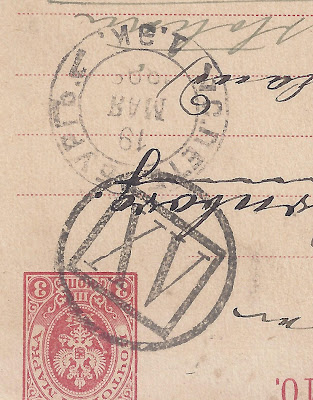 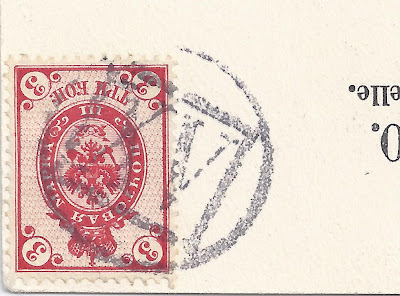 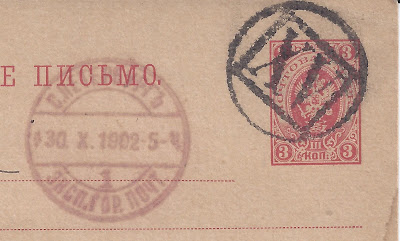 There are lots of collectors of St Petersburg Numeral cancellations, but not everything about these cancellations is known. For example, Baillie and Peel in their book St Petersburg: the Imperial Post (2001)list the dates of introduction of the different Otdyel numerals according to different authors. For number XV Wortman and Prilutzki give the date 1894, Imhof 1899, Ratner 1899, Kiryushkin and Robinson 1894.

I illustrate above strikes of Number 15 on three postcards, the first postmarked 19 May 1898, the second with Finnish receiver cancel for 9 XI [19]01, and the third with St Petersburg postmark 30 X 1902.

The 1898 strike looks like a strike from a brand new canceller, with sharp lines and no build up of old ink. So I make the following hypothesis: this numeral 15 canceller was introduced probably in 1898 but maybe a little earlier.
Posted by trevor pateman at 07:14